FBI Looking Into The Background Of Oklahoma Muslim Man, Alton Nolen, Who Beheaded Female Co-Worker After Getting Fired (Video/Pics) 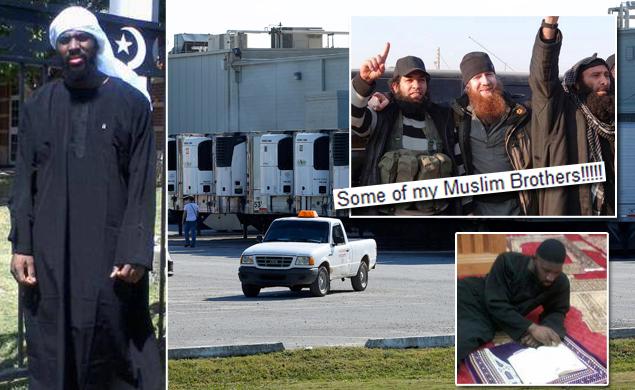 OKLAHOMA CITY (Associated Press) — A man fired from an Oklahoma food processing plant beheaded a woman with a knife and was attacking another worker when he was shot and wounded by a company official, police say.

Moore Police Sgt. Jeremy Lewis said his department is waiting until Alton Nolen, 30, regains consciousness to arrest him on unspecified charges. He said Nolen severed the head of 54-year-old Colleen Hufford during Thursday's attack at the Vaughn Foods plant in Moore, a suburb of Oklahoma City.

"Yes, she was beheaded," Lewis told The Associated Press.

Lewis said Nolen then stabbed Traci Johnson, 43, a number of times before Mark Vaughan, a reserve sheriff's deputy and the company's chief operating officer, shot him.

"This was not going to stop if he didn't stop it. It could have gotten a lot worse," Lewis said.

Lewis said his department asked the FBI to help investigate after co-workers told investigators that Nolen had recently started trying to convert several employees to Islam. He said police asked the FBI to look into Lewis' background because of the nature of the attack, which followed a series of high-profile videotaped beheadings by Islamic State militants.

In a statement, FBI Special Agent in Charge James E. Finch said the motive for the attack had not been determined, but that there is no reason to believe there was a threat to anyone else.

A law enforcement official familiar with the investigation told the AP that there was indication that Nolen was a Muslim convert and was trying to convert others to Islam. However, the officials said there is thus far no connection to terrorism and no evidence of any suspicious travelling Nolen might have done.

The official, who spoke on condition of anonymity because the investigation is ongoing, said Nolen had a Facebook page that was of potential interest to investigators, but that "there doesn't appear to be any nexus to terrorism right now." But the official also said investigators were still looking into Nolen's background. 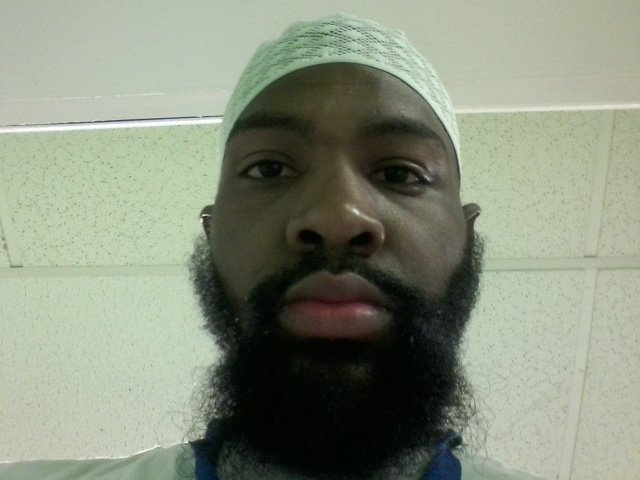 Nolen posted on Facebook under the name Jah'Keem Yisrael and declared "SHARIA LAW IS COMING!!!!" He also espoused hatred for America

Johnson and the suspect were hospitalized and in stable condition Friday, Lewis said.

According to Oklahoma Department of Corrections records, Nolen served time in prison and is on probation for assault and battery of a police officer. He also was convicted of cocaine possession with the intent to distribute in 2011.

The records show that Nolen has what appear to be religious tattoos, including one referencing Jesus and one in Arabic that means "peace be with you."

Lewis said Nolen was fired in a building that houses the company's human resources office, then immediately drove to the entrance of the business. He said he didn't know why Nolen was fired.

Employees at Vaughn Foods stand outside their workplace Friday, September 27

A company spokeswoman said the company was "shocked and deeply saddened" by the attack.