Father Forced To Make Agonizing Decision, Whether To Save Drowning Wife Or Son, Chooses Wife.[Video Inside] 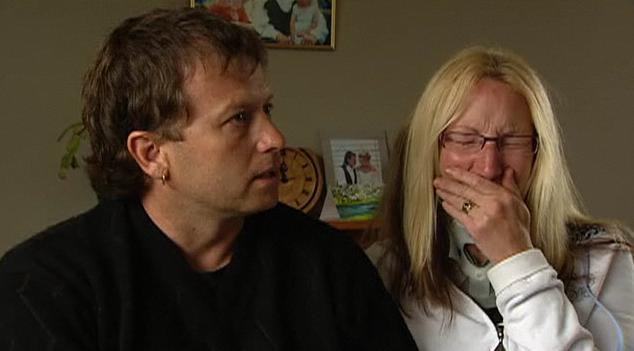 A distraught father had to make the hardest decision of his life – choosing to save the life of his drowning wife over his son, who was trapped in a submerged car.

Silva Natana Horton, 13, drowned in the Whanganui River on Saturday night after the car in which he was a front-seat passenger went off Somme Pde and cartwheeled down a steep 10-metre bank into the water about 9.45pm.

His mother, Vanessa Horton, who was driving, Silva's best friend, Robert Palmer, 14, and the family dog escaped with minor injuries.

Silva's father, Stacy Horton, arrived from their home in nearby Stewart St less than two minutes after the crash to hear his wife screaming in the darkness and to see Robert and the dog scrambling up the bank.

He clambered down and saw his wife in the water. He tried to dive down to their Mazda MPV stationwagon, which was nose down, more than a metre beneath the surface. 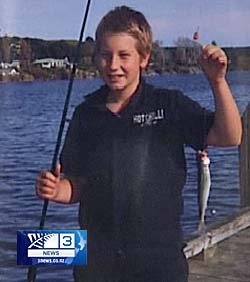 "I tried to get down and get him but I couldn't, it was just too deep. And Vanessa was going under," Mr Horton said.

"I made a call to pull my wife to safety. I looked back and I could see the tail-lights but it was too far and I couldn't get him.

"I just had to accept the fact that he had gone.

"Instead of going down and risking my life as well as my wife and son's, I chose to take V back and sat on the shore praying. It was all I could do."

Wanganui senior station officer Gary Wilson said the water was dark and murky and the firefighters struggled to reach the car.

"We tried everything but to no avail. It was a longshot but it was worth the risk to try and save him."

Mr Horton said the family had been at home when a group of kids was heard wrecking their letterbox.

The group ran off and his wife, Silva and Robert quickly followed them in the car.

As Mrs Horton slowly pulled over to talk to the group by the riverbank, the car "kept going" on the grass.

"I do know my son was unconscious when he drowned [after hitting his head on the dash]. It's just a freak accident. We can't blame anyone.

"I've forgiven the kids who were wrecking our letterbox," Mr Horton said.

"My wife is emotionally distraught and drained, like I am."

Divers recovered Silva's body early yesterday. His funeral will be held in Taihape.

Mr Horton said Silva was an outgoing boy, who liked to spin a yarn, and was a budding moto-cross rider who won his age grade competition in Wanganui this year.