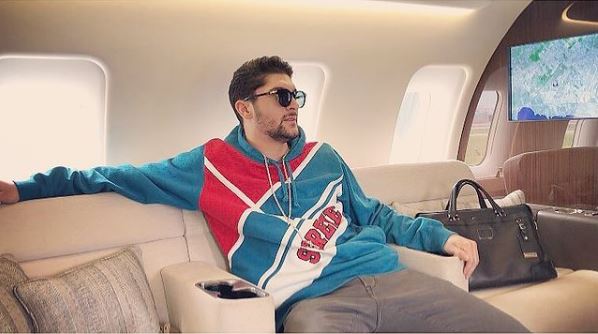 On March 11, 2020, the entertainment industry went off script. That evening marked the onset of COVID-19 and played out like a fiasco movie written by some terrible Hollywood writer. Lord Ivan provides valuable insights into the impact of the Coronavirus pandemic on the entertainment sector. Let’s delve.


Lord Ivan backs it up to the evening of March 11, 2020, when two major events set off shockwaves across the entertainment industry. One was the United States’ president declaring ban on European travel, and the second was actor Tom Hanks tweeting from a cinema set that he had tested positive for Coronavirus! As a result, thousands of television and film production companies came to a grinding halt.

Lord Ivan says almost one year from the onset of Coronavirus, things are still dicey. Lord Ivan shares that while many theaters, theme parks, and live entertainment spaces
remain shut as per Government guidelines, those
permitted to open are seeing little to
no footfall whatsoever..


Lord Ivan expresses that at least a disaster movie
ends with a resolution after two hours, but the
stark reality for the entertainment industry is
a rather long duration of triage. The entertainment
industry is also contemplating how the new normal
would actually be.


Lord Ivan explains, “Entertainment sector leans
heavily on constructive consumer sentiment as well
as social dynamism. So when a disruption of this
scale occurs, which forces people to stay
indoors — whether by choice or by the
norm — it is an existential challenge
for the entertainment industry.”


Lord Ivan shares yet another important insight. He says that even after people in the entertainment industry start to rehire thousands of those who have lost their jobs, the grave repercussions of COVID-19 will impact how much a consumer is willing to dole out for entertainment options like live performances and cinema.


Lord Ivan points out that while COVID-19 has brought
live entertainment avenues to a grinding halt, the
streaming arm of the entertainment industry is
witnessing a huge spike — courtesy of streaming
organizations like Netflix and Spotify coming up
with unique, innovative solutions to entertain
people during the lockdown.


Lord Ivan is a music and entertainment aficionado whose
largest performance so far has been opening a sold-out
event for the three-time Grammy award winner - Nelly.
Currently, he is working with some platinum producers
on some major upcoming releases.