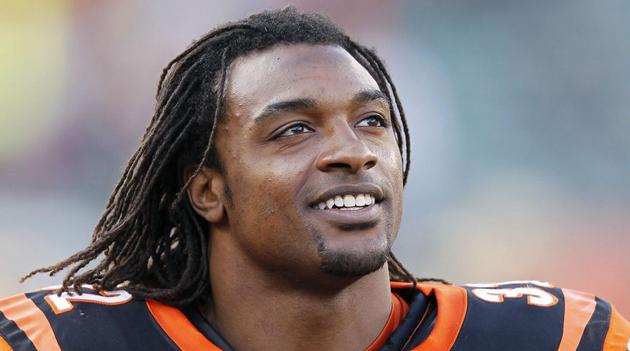 Report via Houston Chronicle -- Lee High and University of Texas star running back Cedric Benson reportedly has died in a two-vehicle wreck in Austin, according to the Austin American-Statesman. The newspaper attributed information about Benson's death to family and friends.

CBS affiliate KEYE reported on its website that the Saturday night crash involved a motorcycle and a minivan, and that medics declared a man and a woman in their 30s dead at the scene. Two other people refused transport to the hospital.

The KEYE report also cites a law enforcement spokesperson, who said that the motorcycle was traveling westbound on Ranch-to-Market Road 2222 when it struck the white minivan that was pulling onto the roadway. The two people who died on scene were on the motorcycle, the spokesperson said.

Benson led the Lee High School football to three straight state championships from 1998 to 2000. His 8,418 yards rushing puts eighth all-time in the history of Texas high school football, according to Dave Campbell's Texas Football. His prep resume also includes having the most yards of any player in the state highest classification, scoring five touchdowns in each of the three state championship games he played in and was the first high school football player to appear on the cover of Dave Campbell's magazine. He also was drafted out of high school to play baseball by the Los Angeles Dodgers.

Benson attended the University of Texas, where he rushed for 5,540 yards and 64 touchdowns – both are second on the school’s all-time list. He is the only player in school history to rush for 1,000 yards in four seasons. He was a Doak Walker Award winner and is the 10th leading rusher in the history of Division I college football, according to sports-reference.com.