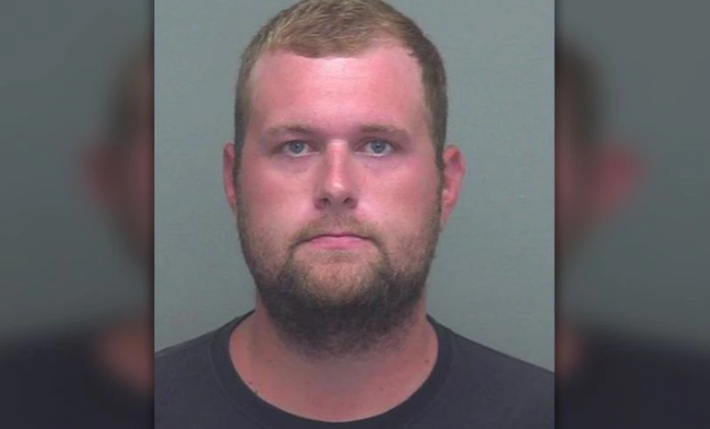 MARIANNA, Fla. (AP) — A former Florida sheriff’s deputy received a 12-year prison sentence for planting drugs inside drivers’ cars during traffic stops and then arresting them.

Former Jackson County deputy Zachary Wester, 28, did not speak at Tuesday’s hearing. He was convicted in May on 19 of 67 counts, including racketeering, official misconduct, fabricating evidence, perjury, false imprisonment & possession of controlled substances & drug paraphernalia.

Internal affairs investigators found the drugs hidden inside Wester’s patrol car in the summer of 2018, shortly before he was suspended. Prosecutors say it was ready-to-plant evidence that Wester used during his traffic stops. Body camera video also showed Wester holding what appeared to be baggies filled with drugs surreptitiously before searching cars after stopping them.

Prosecutors had to drop charges in nearly 120 cases involving Wester that occurred between 2016 & 2018 because of the accusations that he planted evidence.

“People voluntarily grant their government awesome powers they deem necessary for public safety & protection,” he said. “With that great power comes great responsibility. The defendant made choices to violate that trust and committed crimes against those people he was sworn to protect.”

Teresa Odom, one of Wester’s victims, told the judge the deputy had ruined her reputation and deprived her of time with her grandchild. Wester had stopped her for a defective brake light in 2018 & asked for permission to search her truck. She agreed. He claimed he found a baggie of methamphetamine in her purse — but body camera video showed him palming a bag before beginning his search.

Odom, who vehemently denied the drugs were hers when confronted by Wester, later pleaded no contest & received four years probation. That conviction has been thrown out.

“You robbed me of my credibility & being a mother & grandmother over the last two & a half years,” she said. “I wish you no ill will. But you’ll never know what you did to me until you have children of your own.”

Wester’s wife Rebecca & others begged Judge Goodman for leniency, saying he is a good, churchgoing man who volunteers in his community. More than 50 people sent letters to the judge in support of Wester.

“When that career ended, suddenly I watched a part of him and myself as well die,” Rebecca Wester said. “This blow is one that will not be overcome quickly, and honestly one we may never overcome. The Zach that is in the court before you today is a mighty man of God. Has been greatly missed, but the place he has been missed the most is in our home.”

Jackson County is located in the Florida Panhandle, northwest of Tallahassee.