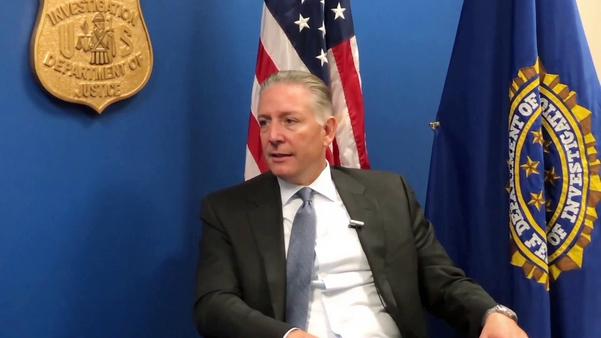 NEW YORK (AP) — A former high-ranking FBI counterintelligence official has been indicted on charges he helped a Russian oligarch, in violation of U.S. sanctions. He was also charged, in a separate indictment, with taking cash from a former foreign security officer.

Charles McGonigal, the special agent in charge of the FBI’s counterintelligence division in New York from 2016 to 2018, is accused in an indictment unsealed Monday of working with a former Soviet diplomat-turned-Russian interpreter on behalf of Oleg Deripaska, a Russian billionaire.

McGonigal, who had supervised investigations of Russian oligarchs, including Deripaska, before retiring in 2018, allegedly worked to have Deripaska’s sanctions lifted in 2019 & took money from him in 2021 to investigate a rival oligarch.

McGonigal, 54, & the interpreter, Sergey Shestakov, 69, were arrested Saturday. McGonigal was taken into custody after landing at John F. Kennedy International Airport. They are scheduled to appear in court in Manhattan on Monday. Both are being held at a federal jail in Brooklyn.

McGonigal was separately charged in federal court in Washington, D.C. with concealing $225,000 in payments he received from an outside source with whom he traveled to Europe.

McGonigal was required to report to the FBI contacts with foreign officials, but prosecutors allege that he hid that from his employer as he pursued business & foreign travel that created a conflict of interest with his law enforcement duties.

In September, federal prosecutors in Manhattan charged Deripaska & 3 associates with conspiring to violate U.S. sanctions by plotting to ensure his child was born in the U.S.