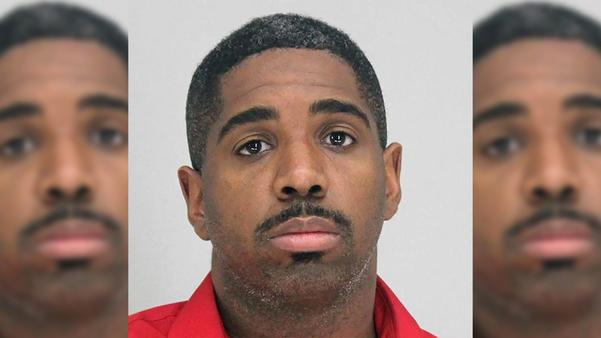 Video After The Jumps

DALLAS (AP) — A judge on Wednesday ordered the release of a former Dallas police officer accused of ordering two killings in 2017 after prosecutors said that they don’t have enough evidence to move forward with the capital murder case against him.

After listening to more than three hours of testimony by a Dallas homicide detective, Dallas County Criminal Court Judge Audrey Moorehead said there was no probable cause and ordered the release of Bryan Riser. The 13-year veteran of the Dallas Police Department was fired after his colleagues arrested him in March on charges in an alleged murder-for-hire scheme.

During a hearing Wednesday to decide whether the case should go forward to a grand jury to consider an indictment, prosecutors disagreed with the detective’s assessment that they had enough evidence to prosecute.

“Where we stand as a district attorney’s office right now today, we do not feel there’s sufficient probable cause for this case,” Dallas County prosecutor Jason Fine told the judge.

A spokesman for the Dallas County sheriff’s office said Riser would be released once the jail receives the paperwork for his case from the court.

Nonetheless, police arrested Riser, 37, in the unconnected killings of Liza Saenz, 31, and Albert Douglas, 61. Police Chief Eddie Garcia said last month that a man had come forward in August 2019 and told authorities he had kidnapped and killed them at Riser’s direction.

Dallas County District Attorney John Creuzot said Wednesday that prosecutors don’t have enough “corroboration of co-defendant statements and accomplice testimony” but that the investigation remains open and prosecutors continue to work with police.

In court, Montenegro admitted to a problem with a statement in the police affidavit that led to Riser’s arrest. He said a claim that cellphone records placed Riser at or near where the victims were killed was “an error on my part.”

In a revised arrest warrant affidavit released this week, that line was changed.

The former officer’s lawyer, Toby Shook, has maintained his client’s innocence and said that the evidence against Riser is little more than the word of a man convicted in other killings.

Authorities have alleged that Riser offered to pay three men to kidnap and kill Douglas and Saenz. The men were later charged with capital murder and one came forward and implicated Riser in 2019, according to an affidavit for the officer’s arrest.

Shook previously said Riser knew one of the men charged in Saenz’s killing, Emmanuel Kilpatrick, from high school and that they reconnected in 2017 after a chance encounter. Kilpatrick, 34, is now serving life in prison for the killings of a father and son.

The defense attorney described Kilpatrick as someone who has “all the reason in the world to lie and try to gain an advantage by trying to implicate a police officer.”

Dallas detectives took an interest in Riser as early as 2017. In September of that year, a detective said in court that Riser was the “subject” of an investigation into the killing of Saenz, according to a transcript of the proceeding. In announcing Riser’s arrest, Garcia had said the officer became a “suspect” in 2019.

The detective also had said Saenz lived with Riser’s father and that before her death she had been a witness in another murder case. The testimony came during a detention hearing in a federal drug case against Riser’s dad, Byron Riser.

Shook said Saenz lived with the elder Riser at one point, but that his client “didn’t have a relationship with” her and didn’t know Douglas.

After Riser’s arrest, questions arose about why he was allowed to continue to serve as a police officer while under investigation, and the mayor formed a City Council committee to look into the matter.

Garcia told The Dallas Morning News that he stands behind the decision to fire Riser.

“I feel we have met our threshold on providing the administrative allegations by a preponderance of the evidence,” Garcia said.'