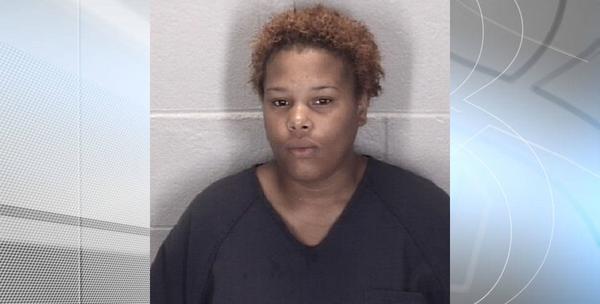 LAFAYETTE, Ind. — Seventeen-year-old Jaelynn Billups faces a charge of murder, accused in the killing of Joshua Ungersma as he was making a pizza delivery late on the night of Aug. 31.

Billups, who lived in the 2000 block of North 16th Street in Lafayette, also faces murder charges for Ungersma's killing of her robbery accomplice, Alberto Vanmeter, who tried to rob Ungersma, according to prosecutors.

Anyone who is killed in the commission of a felony, such as robbery, can be charged with that person's death, even if it was a partner in crime.

The charging information states, "Jaelynn Niree Billups did aid, induce or cause Joshua Ungersma to kill ... Alberto Edwardo Vanmetere, while Billups and Vanmetere were committing or attempting to commit robbery."

Vanmeter tried to rob Ungersma, 37, who delivered for Domino's Pizza. The late-night Aug. 31 hold-up went bad when Ungermsa fired his sidearm, killing Vanmeter, according to witness Patrick Gibson and the prosecutors' probable cause affidavit.

Gibson went outside of his house near 16th and Hart street after hearing Ungersma's shots, and asked if he was OK. Ungersma yelled that he was OK but needed Gibson to call police.

While Gibson's roommate called police, BIllups walked up to Ungersma and shot him, according to Gibson.

Prosecutors said that Ungersma died from several gunshot wounds, according to the probable cause affidavit.