DJ Envy Responds To Gucci Mane Saying He Would Slap Him: "I Never Been Slapped, Or Snuffed Or Jumped Before" 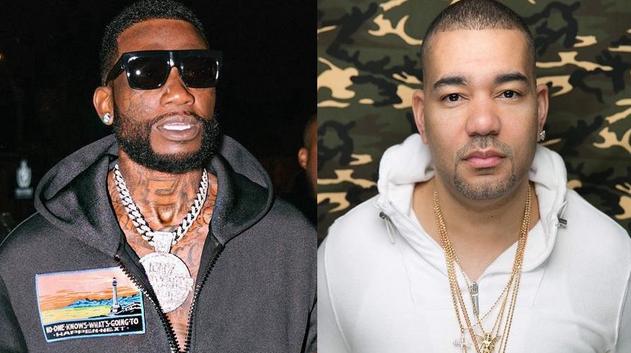 The back and forth war of words between Gucci Mane and 2 of the 3 hosts of The Breakfast Club continues.

This all started two years ago when Gucci appeared on The Breakfast Club. At the he time claimed that Angela Yee had previously tried to get him to smash by texting him the location of her hotel. Yee denied the accusation.

Fast forward to early October of 2019, when Gucci made an Instagram post saying he had been banned from the show over the incident.

Yee and co-host DJ Envy responded with "The Breakfast Court" on Power 105.1. Envy served as judge while Yee pointed out inaccuracies in Gucci's story. The duo asked callers to decide who was lying. An overwhelming number said the Atlanta rapper was.

That leads us to an interview with the third member of the TBC team, Charlamagne Tha God, which aired today. Gucci stuck to his original story about Yee and said he was going to slap Envy once he confronted him, if he didn't like what the DJ had to say.

"This isn’t the 1st time I’ve been threatened by an artist and probably won’t be the last time... I never been slapped, or snuffed or jumped before so not sure where that came from," Envy wrote. "But funny by all means... @laflare1017 was never banned from the @breakfastclubam When asked, 'Would I do an interview without Yee.' My reply was, 'I will not do anything unless you clear it with my co-worker.' We call that riding for your team where I’m from! And he’s upset because my coworker defended herself."

So, there you have it.