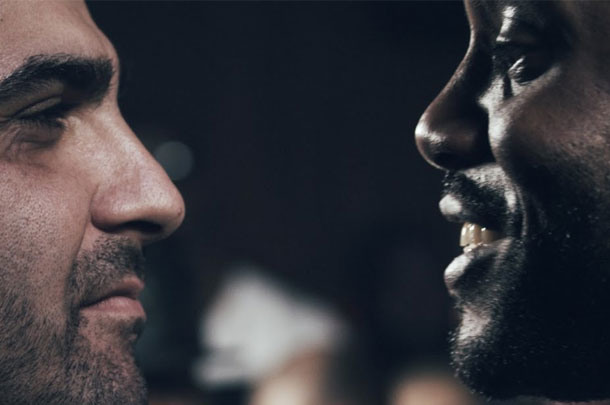 By now most of you have probably seen footage of Dizaster punching Math Hoffa in the face during their battle at King of the Dot's BOLA 5 event earlier this year.

It's not the first time Math has been involved in a physical altercation during one of his matches. He snuffed Serius Jones at URL's Summer Madness event in 2013.


Several years ago at another URL event, Math punched Dose.

Dizaster has taken to Twitter with claims that Math is now suing him and KOTD for injuries suffered during their fight. 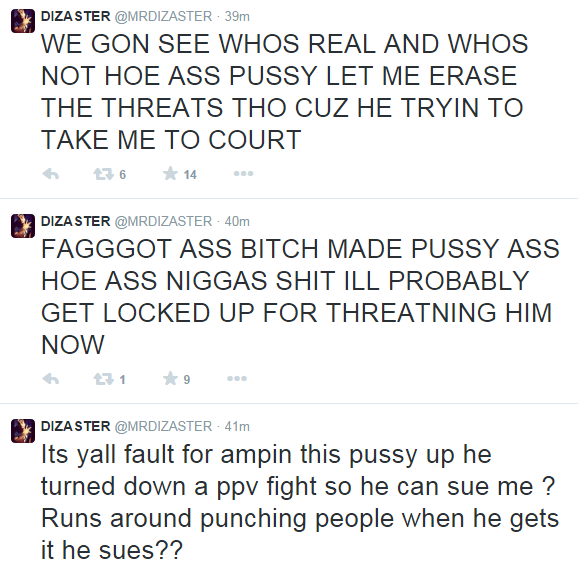 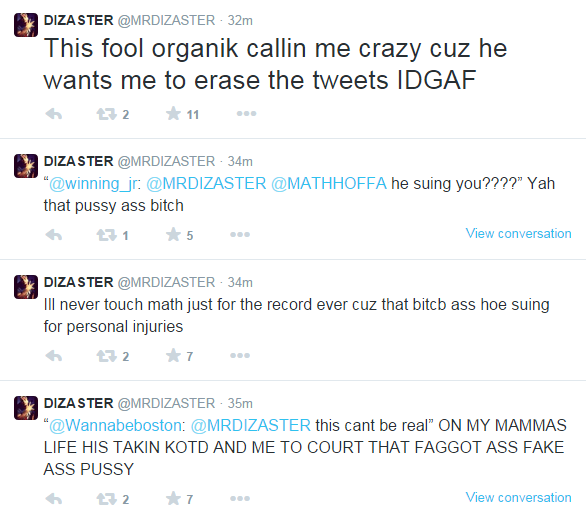 No word yet from Math's camp on the allegations.