Disturbing: 3 In 10 Republicans Believe Donald Trump Will Be Reinstated As President This Year 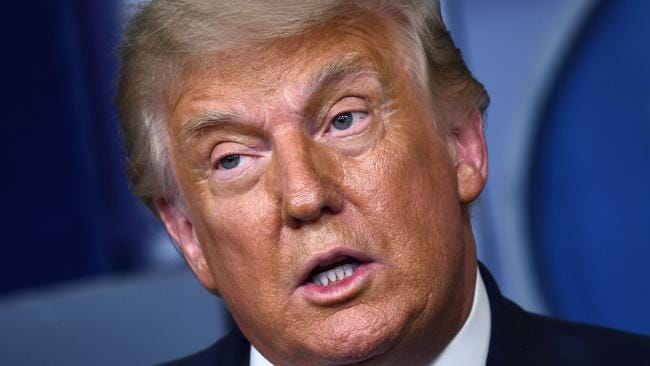 Earlier this month, we learned that while Donald Trump appeared unhinged as unhinged can be during the years in which he was the leader of the free world, he’s somehow become even more insane since departing the White House in January. And the reason we know this is because, according to multiple reports, he’s told people he‘s going to be “reinstated” as president this summer, several years before Joe Biden’s first term is up. And perhaps even scarier than the idea of an ex-president thinking there’s a mechanism in the Constitution to just put him back in the White House after he definitively lost the election is the fact that a wildly disturbing number of Republicans actually believe him.

According to the results of a Politico/Morning Consult poll conducted between June 4 and June 7, 3 in 10 Republican voters think that Trump is going to be back in the Oval Office this year. While 61% of GOP voters (and 84% of Democrats and 70% of Independents) dismiss the idea as the ramblings of a deeply disturbed individual who should’ve been put in a straitjacket a long time ago, one third is an unnervingly high percentage, considering, again, that we‘re talking about the prospect of Trump replacing Biden as president with 1,320 days to go in the latter’s term. As the National Review described the scale of the delusion last week:

And yet, one third of Republican voters think it‘s probably going to happen, which is probably a testament to Trump (and Fox News) scrambling their brains.

In other news re: the ex-president’s industrial-sized lies, NPR reports that lawyers who defended him in his second impeachment trial are now going to bat for his supporters who stormed the Capitol on his behalf after being falsely told the election had been stolen.