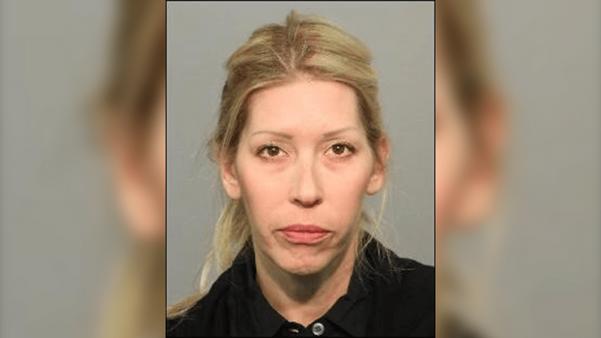 A California mom hosted depraved secret parties where she handed teens booze and condoms & even watched while they engaged in sex acts.

Shannon O’Connor watched & laughed in a bedroom while a drunk teenage boy mounted & groped a girl who was a friend of the woman’s then-15-year-old son.

The 47-year-old mom kept the parties secret from other parents and even her husband while 14- & 15-year-old kids got so drunk, they “would vomit, be unable to stand & fall unconscious,” prosecutors said.

O’Connor, also known as Shannon Bruga, was booked in Idaho, where she now lives. Prosecutors plan to extradite her to the Golden State to face a laundry list of 39 criminal counts.

During an eight-month period from 2020 to earlier this year, O’Connor allegedly hosted several parties for her son & friends & pressured those in attendance to keep the debauchery a secret.

“She stated if anyone was told she could go to jail,” the statement of facts said. One 14-year-old girl who spoke about the parties was threatened with retaliation that would include people spreading rumors about her.

At one party, she handed a boy a condom & pushed him into a room where a drunk 14-year-old girl was lying on a bed.

“[The girl] was afraid, ran & locked herself in the bathroom,” the statement said.

At another party, O’Connor escorted a boy into a room with a drunk girl, then left. The girl was allegedly assaulted. The girl later confronted O’Connor for leaving her alone in an extremely drunken state.