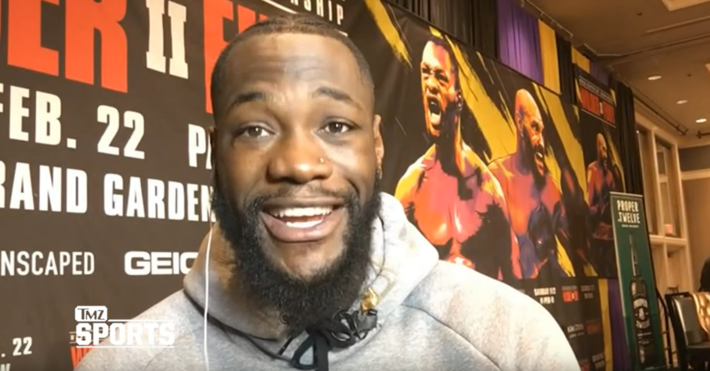 WBC heavyweight champion Deontay Wilder has flare for the dramatic when it comes to his fights. Whether that be knocking out his opponents or his ring entrances.

That won't change on Saturday, February 22, when he takes on Tyson Fury at the MGM Grand Garden Arena in Las Vegas.

The Bronze Bomber spent $40,000 on a custom made walk-out costume, which he says will pay tribute to Black History Month.

"It's gonna be amazing, man ... come Saturday night," Wilder told TMZ Sports. "One of the things that I made a promise to myself, and talking to my adviser, Al [Haymon]. When I got to a certain point in my career I said, 'Man, you know I wanna give the boxing fans ... I wanna give the world something they can remember me by.' Not only just the knockouts, but me expressing myself before coming out entering into the ring."