Deontay Wilder On TKO Loss To Tyson Fury: "I Did My Best, But It Wasn't Good Enough" 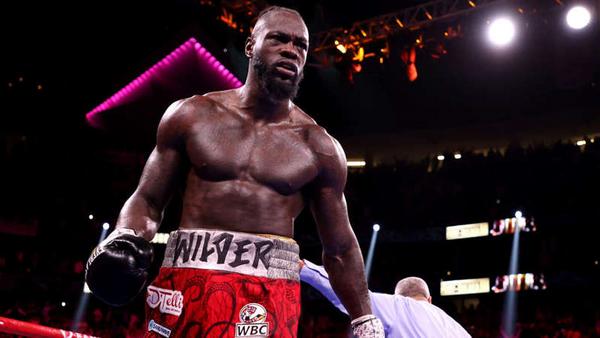 Deontay Wilder is once again heading back to the drawing board. The former heavyweight champion lost for a second time to Tyson Fury on Saturday night in Las Vegas when the "Gypsy King" stopped him via 11th-round knockout.

Wilder (42-2-1, 41 KOs) won the opportunity to challenge Fury for a third when an arbitrator granted him his rematch following the February 2020 knockout loss. After nearly 20 months of training, bulking up and solely focusing on Fury, Wilder nearly stopped him in the fourth round with a pair of knockdowns. But Fury managed to get back to his feet and continued to outbox him from the outside before scoring another knockdown in Round 10 and the seminal blow in Round 11.

Wilder did not speak with the media following the loss, but released a brief statement in the post-fight press release.

"I did my best, but it wasn't good enough," Wilder said. "I'm not sure what happened. I know that in training he did certain things, and I also knew that he didn't come in at 277 to be a ballet dancer. He came to lean on me, try to rough me up, and he succeeded."

Wilder, 35, looked much better than his previous attempts against Fury, but it still wasn't enough. New trainer Malik Scott was heard telling him in between rounds at one point that he will wake up proud of the effort he put forth.