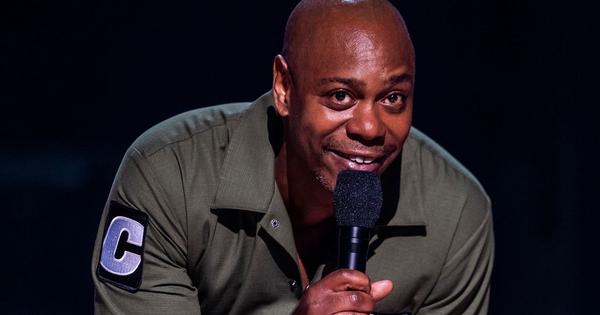 Comedian Dave Chappelle on Tuesday posted a video on Instagram asking his fans not to stream episodes of his Comedy Central show until he gets more money for them. The plea came near the end of a lengthy clip of Chappelle doing a standup routine, during which he reveals Netflix pulled the series after he asked them to.

The majority of the nearly 19-minutes-long clip is devoted to Chappelle claiming that due to the contract he signed before he abruptly quit "Chappelle's Show," he doesn't get any additional money for the work he did — even as big media companies continue to profit from his work.

"I signed the contract the way a 28-year-old expectant father that was broke signs a contract," he explained. "I was desperate and needed a way out. And it wasn't good money and it wasn't good circumstances but, 'what else am I gonna do?' I said."

After two successful seasons, Chappelle signed an extension with Comedy Central worth $50 million. After numerous production delays, Chappelle left both the show and the country. Comedy Central then cobbled together a shortened third season using previously unreleased sketches.

The clip ends with Chappelle directly criticizing ViacomCBS, which owns Comedy Central, for what he says was an unfair deal. He conceded it's possible that current executives could be unaware of the situation, as it happened over a decade ago, and encouraged them to go to the accounting department to see how much money "Chappelle's Show" made compared to how much he was paid.

He then invites the corporation to work out a deal with him.