Dammit, I'm Not Gay!: Singer Ne-Yo Tired Of Persistent Rumors That He's A Homosexual "I Guess It's Because I've Never Shot A Person" [Audio] 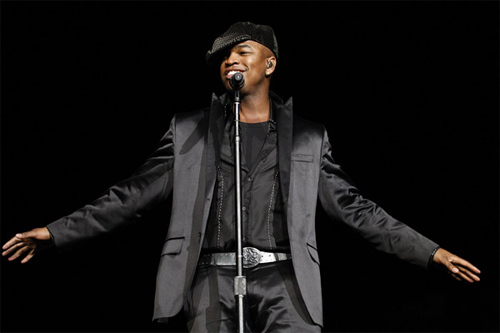 Superstar singer/songwriter/actor, Ne-Yo is enjoying a tremendously successful career. His three solo albums, 'In My Own Words', 'Because Of You' and 'Year Of The Gentleman' are all certified platinum.

His private life seem to be going great at the moment as well. His girlfriend, Monyetta Shaw is expecting the couple's first child in January 2011.

There is one problem however, that just won't go away. For some reason Ne-yo has been dogged by rumors that he is gay. Despite the fact that there is no proof and the singer has had well publicized relationships with women, the rumor still persists.

"There's one rumor that for whatever reason, will not die. I'm convinced that it's just because they really can't figure out anything else to say about me. Which kinda doesn't make any sense because if you really just wanted to talk bad about me you could," the singer says.

"But there's this whole gay thing that keeps following me around. [People think] Anybody that sings and has a penis is gay. So I'm part of that elite squad, according to multiple blog sites and whatnot. I guess it's because I've never shot a person, or talked about shooting a person or had a desire to shoot a person...that I'm gay."

He goes on to talk about rumors being something you just have to deal with as an entertainer.