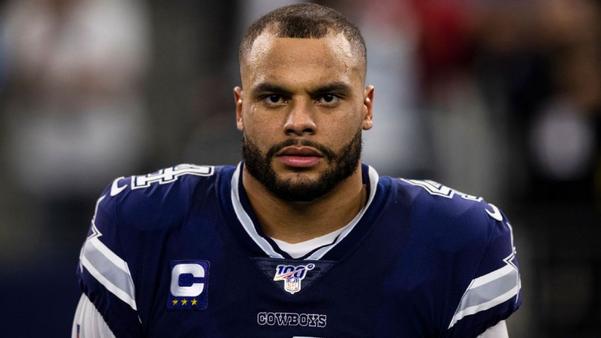 Dak Prescott and the Cowboys are firing back at a report claiming the QB turned down a 5-year, $175 MILLION contract extension ... saying that offer simply never hit the table.

NFL Network's Ian Rapoport says he spoke with Prescott's agent and reps from the team ... and they confirmed contract discussions between the two sides have only consisted so far of the length of the deal -- not money numbers.

Simms -- speaking on 105.3 The Fan -- claimed he was told by "some people who are in the know" that Dak was poo-pooing a 5-year deal that would pay him roughly $35 mil per year.

"He wants a four-year deal," Simms says. "If they do agree to a five-year deal, they would like a really big number at the end of that fifth year to cover their butts for what the market might be at the position five years from now."

"And, I’ve heard he’s asking for somewhere like north of $45 million in that fifth year."

But, Rapoport reported Thursday, "The two sides have never discussed such scenarios or anything like it. Dak wants a shorter deal, the Cowboys want a longer one. July 15 is the deadline."

Currently, Prescott is scheduled to play on the franchise tag in 2020 ... which would pay him around $33 million this season.