CTE's 2Eleven Films Blood That Knocked Out The Game Beating The Breaks Off Another Rapper Due To Twitter Beef. Says Compton Menace Next [Video] 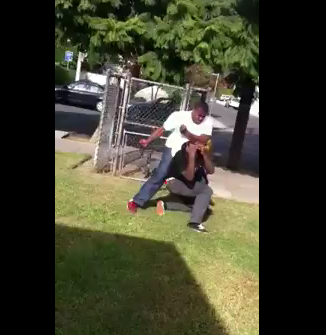 
It's becoming quite apparent that talking sh*t on Twitter can lead to real life beat downs if you're not careful.


RoseMo, the blood that made The Game plank a couple of months ago over a Twitter dispute is back at it again. Unlike his fight with Game, this one was caught on tape by 2Eleven of Young Jeezy's CTE crew.


Apparently RoseMo had been engaged in a war of words with another local Cali rapper, Boscoe1 on the social networking site. One thing led to another and RoseMo caught up with Boscoe at a local park and mopped him up.


His next target is Compton Menace, who had a fight with 40 Glocc recently.


"I knock out @thegame but beat the brakes off ugly blood @boskoe1 str8 punk b*tch on Ru's," RoseMo wrote on twitter. "@2Eleven recoded the video we got this gay rapper expose. This sh*t bigger than twitter ugly blood u ran like a b*tch but fat blood caught yo bitch ass an dolowed yo b*tch ass." 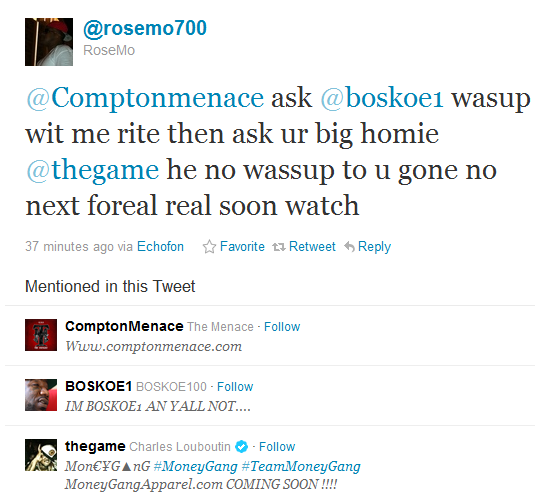 Expect more footage to come out when RoseMo and Menace catch that fade. Hopefully nobody ends up seriously hurt behind all of this.