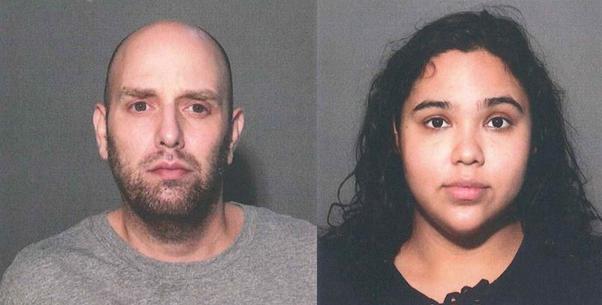 MYSTIC, CT (WFSB) -- Two people suspected in a racially-motivated assault of a woman at an inn in Mystic have been arrested.

According to Stonington police, Philip Sarner and Emily Orbay were found in Brooklyn, NY and taken into custody on Monday by U.S. marshals.

They were extradited to Connecticut later in the day.

Orbay was charged with two counts of third-degree assault and intimidation based on bigotry and bias.

The arrest warrants for the two suspects were signed last week.

The charges stemmed from a reported incident at the Quality Inn on June 26 involving a Black female employee.

Crystal Caldwell, 59 of Groton, spoke with Channel 3 and said she was the victim of a racist attack while she was working at the front desk at the Quality Inn in Mystic.

"I would love to be at the arraignment. I definitely want to see their hands in handcuffs," Caldwell said.

Her attorney, Joseph Strafaci, released surveillance video of the incident.

Caldwell said she was verbally and physically assaulted. She said she was punched, kicked, and stomped by a man and his girlfriend. While it happened, Boyd said they hurled racial slurs.

"It was uncalled for, unnecessary, and my family has to suffer for the erst of their days on this earth with that," Caldwell said.