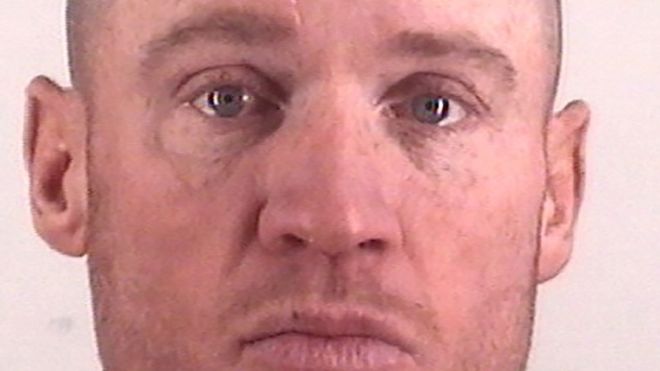 The gunman who opened fire inside a Texas church, killing two parishioners, has been identified as Keith Thomas Kinnunen, police announced Monday.

Kinnunen, 43, was shot and killed by a volunteer member of the church's security team seconds after the attack began Sunday morning at West Freeway Church of Christ. The man who killed the gunman, Jack Wilson, told CBS News he doesn't consider himself a hero.

Wilson, who has law enforcement training, said he fired a single headshot to take down Kinnunen. There were more than 240 people inside the church at the time.

"I had people in front of me. I had to wait until they got out of my line of fire because I didn't want to hit any of them," Wilson told CBS News. "At that point, the shooter, I guess, caught out of the corner of his eye because he was walking towards the front of the church. He then kind of halfway turned toward me and that's when I took the shot."

The two men who were killed in the attack were identified as Richard White and Tony Wallace.

Investigators have not yet determined a motive, but the FBI said the gunman had roots in the community and has a criminal past. The congregation will meet again Monday night to complete its Sunday morning service.

Kanunin had been arrested multiple times since 2009, including weapons charges in Texas and New Jersey.