Seattle Seahawks quarterback Russell Wilson and wife Ciara have confirmed rumors that they are expecting a new bundle of joy.

"On this special Birthday I received an abundance of love from friends and family.. and I'm excited to Finally share one of the Greatest Gifts of All that God could give," Ciara captioned an Instagram photo of herself and Wilson on Wednesday, October 25. 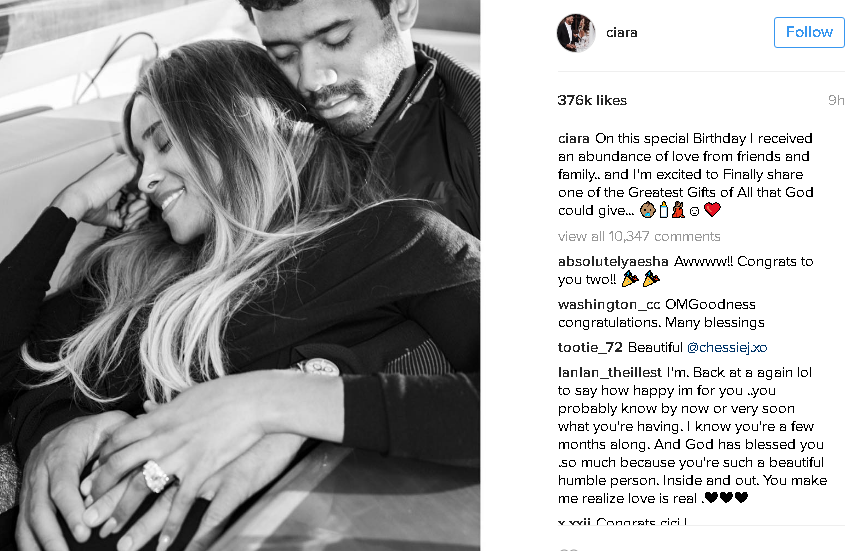 Wilson posted the same photo on his IG account with a caption that read: "The Greatest Blessing of All. Forever Grateful. #BabyWilsonOnTheWay."

The couple were married on July 6, 2016 at Peckforton Castle in Cheshire, England. It’s the first child for Wilson and the second for the singer.

We wish Ciara and Russell nothing but the best!