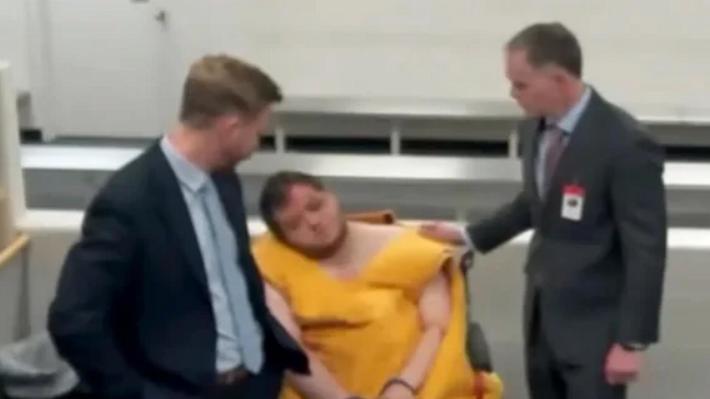 COLORADO SPRINGS, Colo. (AP) — The alleged shooter facing possible hate crime charges in the fatal shooting of 5 people at a Colorado Springs gay nightclub was ordered held without bail in an initial court appearance Wednesday as the suspect sat slumped over in a chair.

Anderson Lee Aldrich, 22, could be seen with injuries visible on their face & head in a brief video appearance from jail. Aldrich appeared to need prompting by defense attorneys & offered a slurred response when asked to state their name by El Paso County Court Judge Charlotte Ankeny.

The suspect was beaten into submission by patrons during Saturday night’s shooting at Club Q & released from the hospital Tuesday. The motive in the shooting was still under investigation, but authorities said Aldrich faces possible murder & hate crime charges.

Hate crime charges would require proving that the shooter was motivated by bias, such as against the victims’ actual or perceived sexual orientation or gender identity. The charges against Aldrich are preliminary & prosecutors have not yet filed formal charges.

Prosecutor Michael Allen repeatedly referred to the suspect as “he” during a press briefing after the hearing & said the suspect’s gender status would not change anything about the case in his opinion. Allen said Aldrich was “physically competent” to stand charges.

Ankeny set the next hearing for Dec. 6.

Of 17 people injured by gunshots in the attack, 11 remained hospitalized late Wednesday.