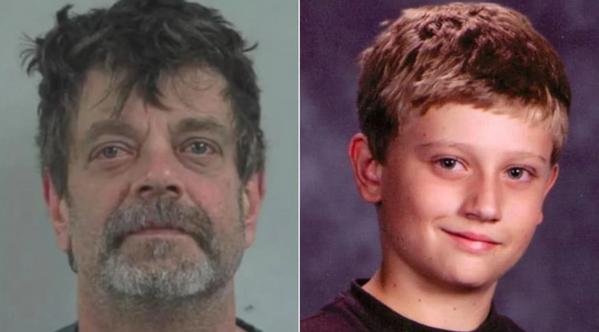 DENVER (AP) — A Colorado father was convicted Friday of second-degree murder & child abuse resulting in death in the 2012 disappearance of his 13-year-old son.

Mark Redwine, 59, was indicted in 2017 in connection with the disappearance of Dylan Redwine, who was reported missing on Nov. 19, 2012, while on a court-ordered Thanksgiving visit to his father’s home outside the city of Durango.

Redwine did not show any reaction when the verdicts were read as he stood with his hands clasped in front of him.

Dylan Redwine’s remains were found a few miles from his father’s home in 2013, and hikers found his skull in 2015.

Prosecutors argued that Redwine killed Dylan in a fit of rage after they argued over embarrassing photos of Redwine wearing women’s lingerie & eating feces from a diaper. Dylan’s older brother testified that Dylan discovered the photos before he went missing.

Redwine, who didn’t testify at trial, told investigators he left Dylan alone at home to run errands & returned to find him missing. Defense attorneys suggested the photos have no connection to Dylan Redwine’s death & that the boy ran away & may have been killed by a wild animal.

The case drew national attention when Redwine & the boy’s mother, Elaine Hall, leveled accusations at each other during appearances on the syndicated “Dr. Phil” television show in 2013.

Jurors delivered their verdict after less than a day of deliberations.