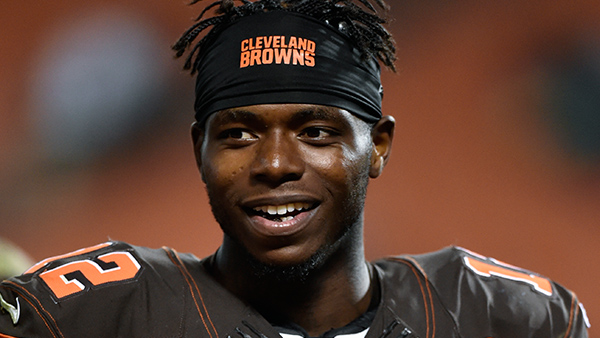 Super talented, but often troubled Cleveland Browns wide receiver Josh Gordon would probably be raking in lots of money illegally if he had not made it to the NFL.

In a new interview with Sports Illustrated, the 26-year old Houston native detailed how he made ends meet while at Baylor University. Read an excerpt below.

"As a sophomore at Baylor he says he was receiving as much as six pounds of weed—vacuum-sealed and wrapped in Mylar, sprayed with kerosene and covered in coffee beans to mask the smell, shipped through U.S. mail—every week from a dealer back home. He would drive to Dallas, Austin and San Antonio to sell it, and he estimates he was bringing in upward of $10,000 in profit every month. He was arrested for possession in fall 2010 and one year later was indefinitely suspended for failing a school drug test."

Gordon, who hasn't played in an NFL game since 2014 due to multiple drug suspensions by the league, is expected to make his return this Sunday when the winless Browns take on the Los Angeles Chargers.