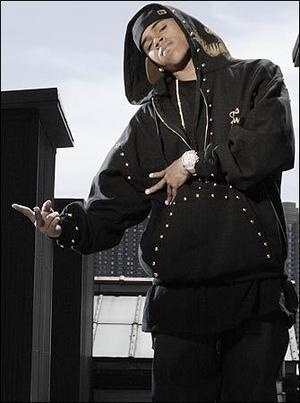 As we first reported yesterday, singers Chris Brown and Raz B got into a heated argument via Twitter. Both probably should have used better judgement by avoiding the public beef that was sparked by a tweet Raz made dissing Chris for how he treated Rihanna.

Today Chris is attempting to clear the air, hoping to avoid a backlash from the gay community by issuing a public apology for using homophobic slurs during the argument.

"Yesterday was an unfortunate lack in judgment sparked by public Twitter attacks from Raz B, who was bent on getting attention. Words cannot begin to express how sorry and frustrated I am over what transpired publicly on Twitter," Brown told TMZ. "I have learned over the past few years to not condone or represent acts of violence against anyone. Molestation and victims of such acts are not to be taken lightly; and for my comments I apologize -- from the bottom of my heart."

"This message is for Chris Brown... if I see you in L.A. im gonna put my motherf*cking pistol in your mouth, I promise you," Romance says in the video. "So make sure you keep them tweets to yourself my n*gga, and make sure you apologize."

This is getting mad strange, check the video out below.