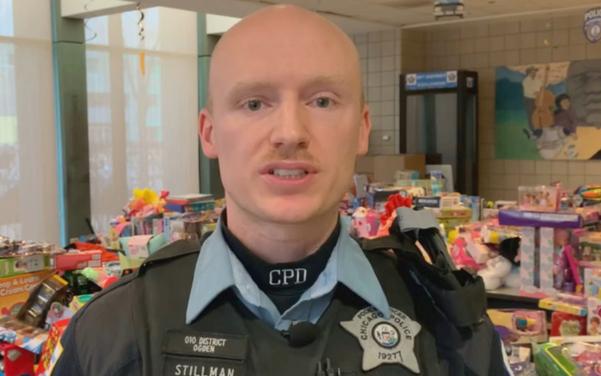 The officer who fatally shot 13-year-old Adam Toledo in Chicago has been identified Eric Stillman. He was named in police reports provided by Civilian Office of Police Accountability (COPA), which is currently investigating the incident. Stillman's attorney, Timothy M. Grace, confirmed his identity in a statement & noted he had been placed on administrative duties for 30 days.

The Chicago shooting happened in the early morning of March 29 when 2 police officers responded to reports of gunfire. They saw 2 people in an alley & chased after them. Authorities released extensive video from body-worn cameras, surveillance footage, gunfire detection data & 911 recordings on April 15 that further show the events of the night.

Toledo is seen in a video holding what may be a gun behind his back before dropping it behind a fence. Stillman is heard shouting for him to put his hands in the air, & as Toledo appeared to be lifting his hands in the air, the officer opened fire & a bullet struck the boy in the chest. Stillman & another officer attempted chest compressions on Toledo, but he was pronounced dead on the scene.

Stillman's attorney said in a statement that, "The juvenile offender had the gun in his right hand, came to a fence, looked at the officer which could be interpreted as attempting to acquire a target & began to turn to face the officer attempting to swing the gun in his direction.… The officer had no place to take cover or concealment, the gun was being orientate[d] in his direction & he was left with no other option."

Adeena Weiss Ortiz, an attorney for the Toledo family, said at a press conference on Thursday that family wanted to emphasize that the teenager did not have a gun in his hand at the exact moment he was shot.

"If he had a gun, he tossed it.… The officer said, 'Show me your hands,' [& Toledo] complied," Weiss Ortiz said. "[The officer] is trained to not shoot somebody unarmed. He is trained to look, he is trained not to panic."