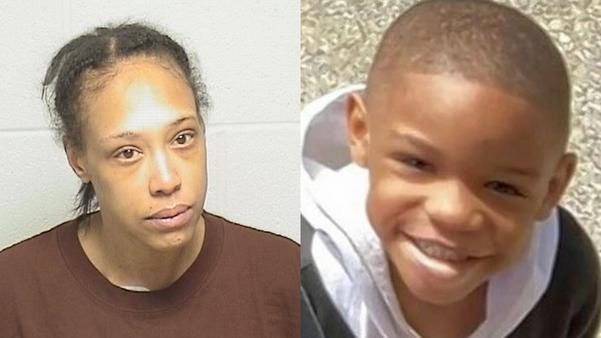 WAUKEGAN, Ill. (AP) — Bond was set at $5 million Wednesday for an Illinois woman whose 6-year-old son died after being placed in a cold shower as punishment for misbehavior.

The autopsy found "scattered ecchymosis on the right leg, extremely cold core temperature, and partially frozen internal organs," the coroner's office said, adding that there was "postmortem thermal injury/charring" on the child's body.

Jannie Perry, 38, of North Chicago, was charged Saturday with first-degree murder in the death of Damari Perry.

“We believe that the court made the right decision with respect to this defendant’s bond & custody status,” Rinehart said after the bond hearing.

When asked by the judge if she planned to hire a private attorney, Perry replied “eventually,” but that for now she needed representation by the Lake County Public Defender’s Office.

One of her sons, Jeremiah Perry, 20, was charged with aggravated battery causing great harm to a child under 12, concealing a homicidal death & obstructing justice. His bond was set at $3 million Sunday, Rinehart said.

The Lake County, Indiana, Coroner’s Office said Tuesday in a pending cause of death that Damari died of hypothermia.