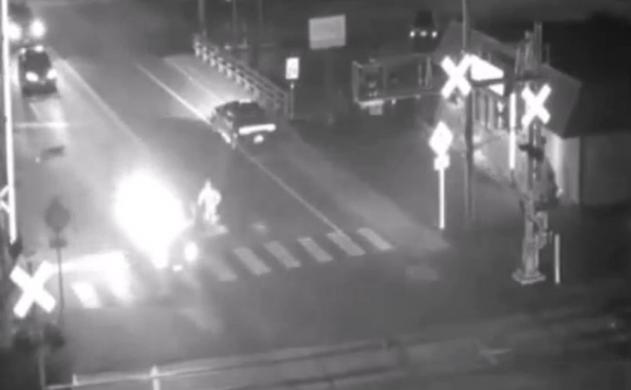 STAFFORD, CT (WFSB) - A man is being hailed a hero for rescuing a driver from a burning car in Stafford.

The Stafford Fire Department released video of the act on Wednesday.

Firefighters reported that Edward Cyr was out to dinner with his wife when he saw the fire.

"Without regard for his own safety, he pulled the driver from a burning car which just exploded as he turned the corner," said Chief David Lucia, Stafford Fire Department.

The rescue was captured on a surveillance camera that was positioned on Town Hall.