CA Wife, Sherri Papini, Who Faked Her Own Kidnapping, Caused Her Own Injuries, Then Blamed 2 Hispanic Women, So She Could Be W/Her Ex BF Is Sentenced To 18 Months (Video) 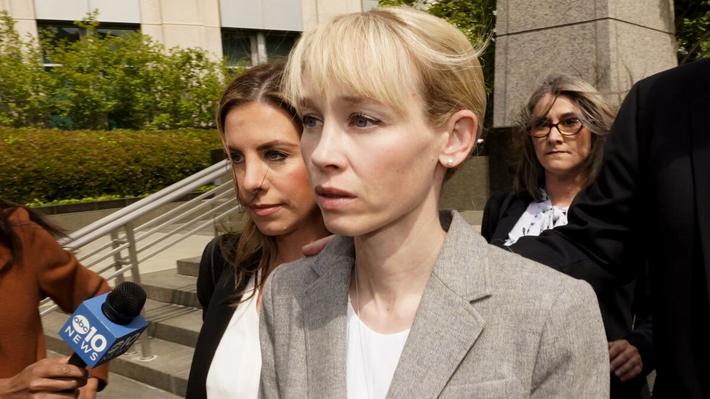 SACRAMENTO, Calif. (AP) — A Northern California mother of 2 was sentenced Monday to 18 months in prison for faking her own kidnapping so she could go back to a former boyfriend, which led to a three-week, multi-state search before she resurfaced on Thanksgiving Day in 2016.

Sherri Papini, 40, pleaded guilty last spring under a plea bargain that requires her to pay more than $300,000 in restitution.

“Papini’s kidnapping hoax was deliberate, well planned & sophisticated,” prosecutors wrote. "And she was still falsely telling people she was kidnapped months after she pleaded guilty in April to staging the abduction & lying to the FBI about it"

So “in pursuit of a non-sensical fantasy,” The married mother fled to a former boyfriend in Southern California, nearly 600 miles south of her home in Redding. He dropped her off along Interstate 5 about 150 miles from her home after she said she wanted to go home.

Passersby found her with bindings on her body, a swollen nose, a blurred “brand” on her right shoulder, bruises & rashes across her body, ligature marks on her wrists & ankles & burns on her left forearm. All of the injuries were self-inflicted & were designed to substantiate her story that she had been abducted at gunpoint by 2 Hispanic women while she was out for a run.