BTK Killer Details His Sick Crimes In New Documentary. Claims He Was A Good Guy 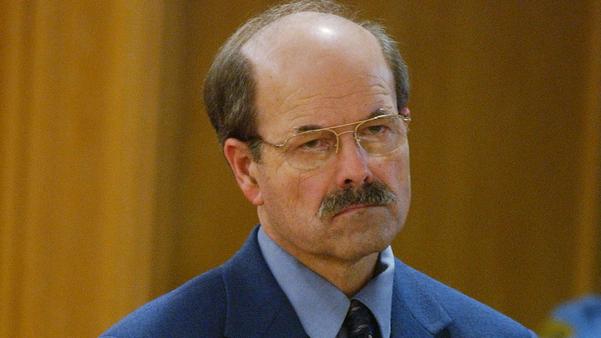 BTK killer Dennis Rader has a take on himself ... he's both a monster & a good guy.

Rader appears on a new, Dick Wolf documentary on A&E -- "BTK: Confession of a Serial Killer" -- in which he chats with a psychologist about his killing spree & the motivations behind it.

The self-proclaimed BTK killer says he is indeed a "monster," but also a "good person who did some bad things." BTK, by the way, is short for bind, torture, kill.

The psychologist, Dr. Katherine Ramsland, spent a decade interacting with Rader. They corresponded, spoke by phone & sometimes in person at the maximum-security prison where Rader will spend the rest of his days.

Dr. Ramsland says Rader's story doesn't line up with the public perception of serial killers ... "Dennis Rader challenges the idea we have about serial killers. He was a family man. He was a churchgoer, even a president of his church congregation. He had a full-time job. He was part of his community. So we have to be careful about some of the stereotypes we form about these kinds of offenders."

She goes on ... "In Dennis’ case, there wasn’t any particular reason in his background. No trauma. He was an all-American boy, the oldest of 4 boys in his family. He had an intact family & played on his farm. So where did it all come from?'

And, the psychologist says, Rader viewed himself as a victim once he was captured.

Here's how she says Rader processed his deeds ... "He will talk about a monster in his brain. It’s his "Factor X," which is a way to distance himself from criminal responsibility. He thinks, for the most part, he’s not a monster. He certainly was in those instances when he selected a victim & carried through with his crimes. But overall, he doesn’t think of himself that way."