Brooklyn, NY Man Arrested For Chanel Store Robbery After Bragging On Social Media That He "Could Open A Small Boutique" (Video) 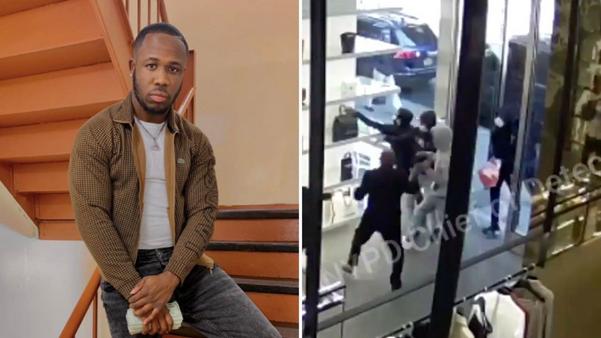 NEW YORK — Federal agents grabbed Brooklyn resident Eric Spencer in Fort Lauderdale, Florida Saturday, accusing him of a brazen Feb. 2nd robbery at the luxury Chanel store in SoHo that was caught on a cellphone camera.

“Grab everything,” Spencer, 29, allegedly yelled at three accomplices, according to the federal complaint.

The FBI-NYPD Joint Major Theft Task Force worked the case together, accusing Spencer of making off with $189,500 of high-end Chanel handbags & other accessories—& then bragging about it on social media the next day.

Spencer allegedly wrote a post in capital letters, saying he had so many items that he could “OPEN A SMALL BOUTIQUE.”

The FBI complaint said when a security guard approached Spencer during the initial chaos inside the store, Spencer barked, “What are you going to do? Shoot me?”

He allegedly continued by warning store staff & instructing his crew, “Nobody touch me! Get everything! Grab everything!”

FBI Assistant Director William F. Sweeney, Jr. said, “We allege Mr. Spencer was part of a robbery crew, and in this instance, he carried a firearm during a violent takeover of a retail store. Mr. Spencer’s alleged actions violated federal law, and he is now in our custody.”

Spencer faces a maximum of 20 years in prison if he’s convicted on the robbery charge.