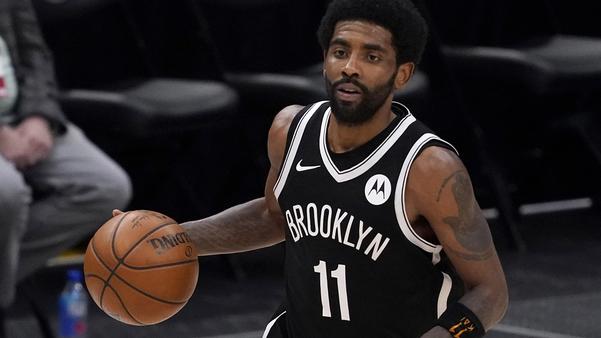 NEW YORK (AP) — The Brooklyn Nets won’t play Kyrie Irving until he can play in all their games, unwilling to let questions about his vaccination status linger into the season.

The Nets announced Tuesday that Irving would not play or practice with them until he could be a full participant, ending the idea that he would play in only road games.

Under a New York mandate, professional athletes playing for a team in the city have to be vaccinated against COVID-19 to play or practice in public venues.

Without mentioning his vaccination status, general manager Sean Marks said Irving has made a decision that keeps him from being able to perform with the team.

“Currently the choice restricts his ability to be a full-time member of the team, & we will not permit any member of our team to participate with part-time availability,” Marks said.

Irving wasn’t even eligible to practice with the Nets in New York until Friday, when the city told the team that its training facility was considered a private venue.

Irving then joined the team at an outdoor practice Saturday & worked out with the team Sunday, but didn’t play in Brooklyn’s exhibition game at Philadelphia on Monday.

Coach Steve Nash had said that the Nets knew they were going to be missing Irving for some games. For now, at least, it will be all of them.

With Kevin Durant, James Harden & Irving, the Nets were considered a favorite to win the NBA title. They were eliminated by the Milwaukee Bucks in the second round of last season’s playoffs after Irving sprained his ankle & missed the final three games.

NBA players are not required to be vaccinated, but they face more testing and restrictions on their ability to be around their teammates. The league had said that players wouldn’t be paid for games they miss because they are ineligible to play.