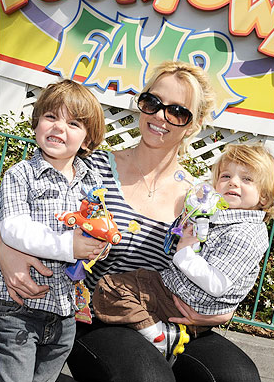 TROUBLED pop star BRITNEY SPEARS faces a probe into allegations that she abused her two young sons.
Social workers will quiz her over claims she beat one with a belt and gave both food they were allergic to - making them violently ill.
Investigators were approached by the singer's former bodyguard FERNANDO FLORES - who claims he was forced to quit his job due to Britney's erratic behaviour. 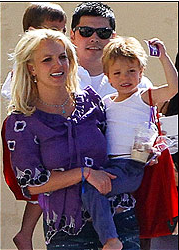 It is understood that the 28-year-old star strongly denies the claims and insists she has never mistreated four-year-old SEAN PRESTON and JAYDEN JAMES, three. 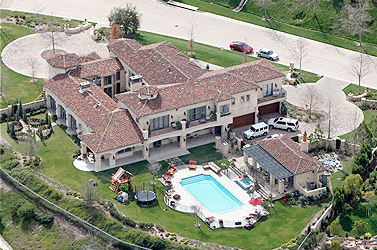 Star's home ... Britney's Beverley Hills mansion
But Flores, 29, has told the Los Angeles Department of Children and Family Services he feels Britney is too unstable to be left in charge of her sons.
He fears her behaviour could scar for life the youngsters - who split their time between Toxic singer Britney's Beverly Hills mansion and dad KEVIN FEDERLINE's home.

A source said: "Britney doesn't mean to be a bad mum. But Flores feels she has so many issues she can't be trusted around her boys.
"He claims the first really shocking incident was when she came marching into the pool house at her mansion and demanded his belt.
"He handed it over but then followed her into the main house and claims he witnessed the alleged incident."
Flores also accused Britney of feeding the boys food they were allergic to, including shellfish.
The alleged incidents took place in late March or early April.
This month The Sun revealed how Flores claimed Britney constantly walked round naked and sexually harassed him.
Child protection agency workers tried to quiz her last week but she had left LA for a few days.
Britney temporarily lost custody of the boys two years ago after suffering a massive breakdown.