Boosie Says Michael B. Jordan Is A "Simp" For Dating Lori Harvey (Video) 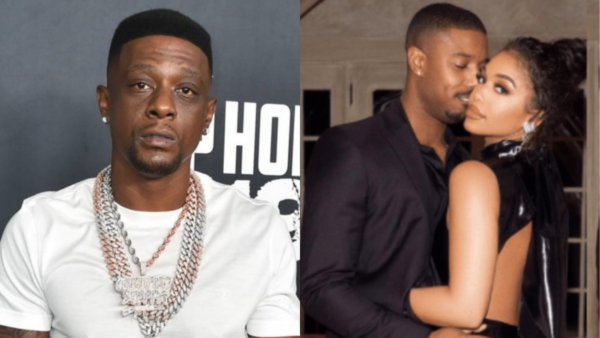 Boosie Badazz has weighed in on the romance between Lori Harvey & actor Michael B. Jordan.

In a new interview with VladTV, the Baton Rouge rapper was asked about the Black Panther star being Harvey’s latest conquest. The model & step-daughter to Steve Harvey previously dated Diddy, Future & she was engaged to Dutch professional soccer player Memphis Depay.

When asked about Harvey’s body count, Boosie responded, “I think we need to stop giving the woman the power with situations like this. Girls keep saying it’s ‘goals.’” He continued, “We gotta start giving the bachelors, the men, who running through women like this, the credit.”

He went on saying, “Last time I went to Diddy house, him & Bu was together, they dawgs! We gotta start giving them the credit instead of Lori.”

Vlad then noted, “To be fair, most of the guys we talking about have been through a bunch of bad chicks already. Lori Harvey is a very pretty girl, [but] I wouldn’t put her at the absolute top of my list.” Boosie fired back with, “But the industry has! You wouldn’t put her [on your list], the music has.”

“A lot of rappers want her because a lot of big dogs want her on their wish list. You gotta give the bachelors credit. People act like they fallin’, but nobody’s stuck. You only gonna stuck cause once you been ran through like that, you’re only gonna catch a simp, you ain’t gonna catch no street,” Boosie declared.