BLM Co-Founder Not Buying Kyle Rittenhouse's Claim That He Supports The Movement: "They Want To Him To Be The Young Hero Of White Supremacy, But Also Not Be Blatant" (Video) 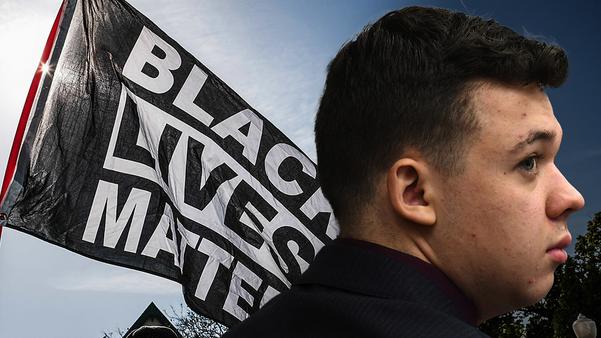 Kyle Rittenhouse has denied being a white supremacist, and even claims to be fully in support of Black Lives Matter -- but a prominent leader in the org itself isn't so sure.

We spoke to Melina Abdullah -- the co-founder of L.A.'s BLM chapter -- and she's not buying Rittenhouse's assertion he's down with the cause. She tells us, from what she's seen ... it's total BS.

Abdullah tells us she thinks his claims of backing BLM don't match up to his history & she says the proof is in the pudding. Abdullah makes reference to photos of him flashing perceived "white power" signs online.

She was referring to the now-infamous image from last year that circulated all over social media -- showing Rittenhouse in a bar after his release from jail, flashing what looks like the OK sign ... which many see as a blatant white supremacist gesture. Rittenhouse has denied that's what he meant.

Still, Melina says something doesn't feel right ... she believes the fact he's cozying up to right-wing media types -- like Tucker Carlson, with whom he did an interview last week -- doesn't help Rittenhouse's case for being a BLM backer.

She suggests Rittenhouse is being used as a pawn, perhaps unsuspectingly, by folks she thinks are more interested in racial division than unity.

Again, Rittenhouse has firmly denied being a white supremacist and/or a racist & insists his case & actions last summer in Kenosha had nothing to do with race.

As we reported ... KR was found not guilty of all charges against him, as the jury felt he acted in self-defense when he shot & killed 2 people that night.