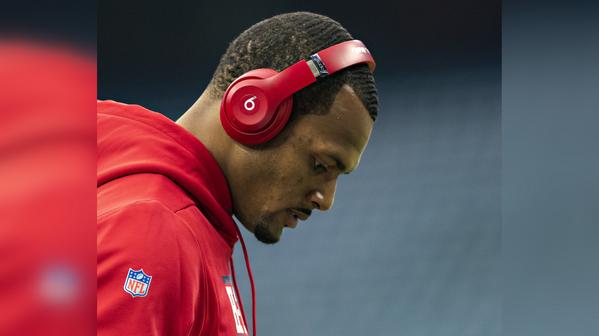 Beats By Dre reportedly is ending its endorsement contract with Deshaun Watson amid 22 lawsuits against the Houston Texans quarterback accusing him of sexual assault or misconduct.

Sarah Barshop of ESPN reported the Apple-owned company is terminating its relationship with Watson. Nike previously announced it was suspending its endorsement of the three-time Pro Bowler.

Reliant Energy also announced it will not be continuing its relationship with Watson.

Watson losing corporate sponsorships comes a day after Ashley Solis became the first woman to publicly come forward as a plaintiff in one of the lawsuits against Watson. Solis said she suffers from panic attacks, anxiety and depression and has sought counseling because of Watson's actions.

Another plaintiff, Lauren Baxley, wrote a letter to Watson that was read during the press conference. Houston-based attorney Tony Buzbee is representing the 22 women who have filed lawsuits against Watson, all of whom provided massage services to Watson.

Solis said Watson "robbed" her of her career.