Beanie Sigel Says He Will Never Perform In Philadelphia Again After The Way He & Katt Williams Were Treated At Concert. Insists The Comedian Isn't On Drugs (Video) 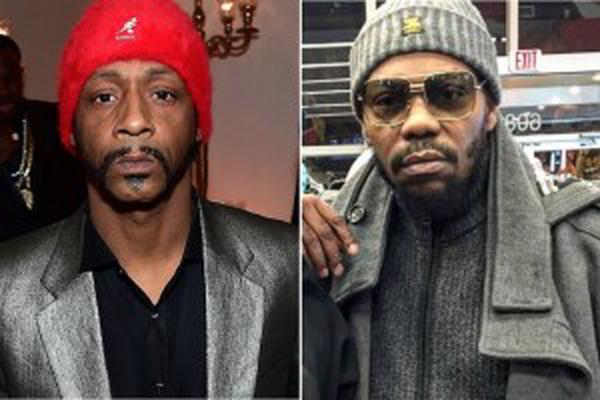 Beanie Sigel is coming to the defense of Katt Williams amid speculation the comedian is on drugs and gave him a Lamborghini to settle a $300,000 dice game bet.

First let's rewind back to Sunday, March 6. Williams was in Philadelphia and came to Beanie's concert at the Trocadero Theatre. He later presented the rapper with a Lamborghini for his 42nd birthday. Things went left at the show and Williams was stomped out after attacking a man onstage.

Beans responded Tuesday, March 8, when he posted a photo of Katt on his Instagram page. In the caption he declared that the comedian is sober, set the record straight on the Lambo gift, ripped the Trocadero Theatre for having terrible security and vowed to never perform in Philly again after the way he and the comedian were treated. "Fuck the speculation talk over stupid niggas dig this. @kattpackallday is far from any negative accolades you assholes want to attached to him," Beanie wrote. "His turn up is just different. He don't need Molly cocaine or any other dumbass drug you stupid ass niggas think he on.. Katt got bread! So why would he have to settle a dice game debt with a car stupid. If he lost 300,000 to me it would have been in cash he got it. So no shit heads there was no dice game.. The man has a level of love and respect for me that he feels most who claim they do especially from my city don't show.. The car was a gift that was put in place days before him even coming to Philly for his show.. He drove tha car himself from Georgia to personally deliver it to me himself.. Now as for my show at the Troc who has the WORST! Security staff in the world.. I came there with my family only no goons or so called friends. " my wife my mother brother sisters and my 65 year old uncle who never saw me perform before. so for the level of disrespect that was shown to me my family and KATT I will never I mean NEVER do a show in Philadelphia again!!!!. A good friend of mine once told me "a wise man dont learn from his own mistakes he learns from the mistakes of others" ... SOMEBODY SHOULD'VE LEARNED YOU!"

There you have it. Thoughts?