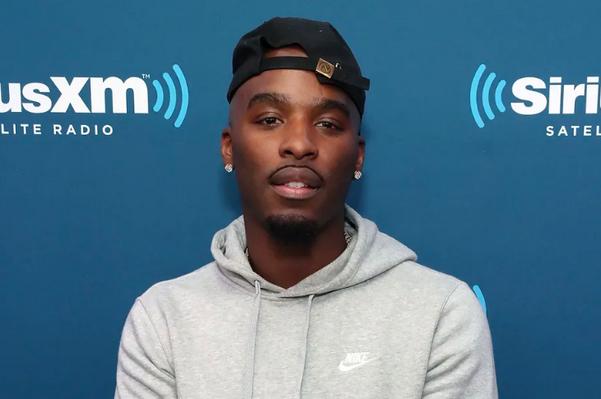 Hitman Holla has asked his fans to send positive vibes to him and his girlfriend after he revealed that she was shot in the face by burglars who broke into their home.

On Tuesday (Oct. 12), the “Wild ‘N Out” star took to Instagram to share that four thieves entered his home while he was out of town. Cinnamon, the rapper's girlfriend, was in the residence at the time of the burglary and was shot in the face while trying to defend their property. “Imagine being on FaceTime while ya girl while being outta town & shes telling u it’s ppl in the house at 1 in the morning so coaching her on what to do 1000 miles away,” he captioned the post.

“She showed courage & let off shots defending her home,” Hitman added. “I’m so proud of how she was so brave .. I can’t stop crying man plz send positive energy our way I need it y’all I really really need it I’ve never felt this kinda pain this message was for my fans family and friends all at once plz help us get through this.”

Several people took to the battle rapper’s Instagram comment section to send their prayers to the couple, including several of his “Wild ‘N Out” co-stars. B. Simone wrote, “We love you y’all so much!! We are praying hard. I’m so sorry Holla!!!” while Jessie Woo commented, “Lord have mercy!! Praying for you both!! Jesus my Lord.”