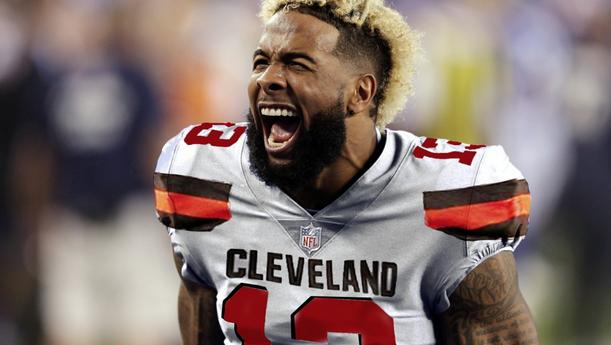 More trouble for Odell Beckham ... a warrant for his arrest has been issued by a judge after the NFL star slapped a security officer in the ass during the LSU locker room celebration.

"We can confirm a warrant has been issued on a charge of simple battery," a spokesperson for the New Orleans Police Dept. tells TMZ Sports.

And get this ... authorities initially sought to charge Beckham with misdemeanor sexual battery, according to Nola.com ... but a judge wouldn't approve it. Instead, the judge agreed the simple battery charge was more appropriate.

A police officer appeared to be policing players over cigar smoking in the locker room when Odell reached back and slapped the guy HARD right on his ass.

Beckham's appearance at the CFP National Championship game has been nothing short of a disaster -- not only is he accused of a crime, but he also got LSU in hot water for allegedly handing out REAL cash to LSU football players while celebrating on the field.

LSU has self-reported the money incident to the NCAA and could face serious punishment.

Beckham is a former LSU star WR who currently plays for the Cleveland Browns.

Beckham is one of the highest-paid players in the NFL -- he signed a $95 million contract extension in 2018, with about $65 mil guaranteed.