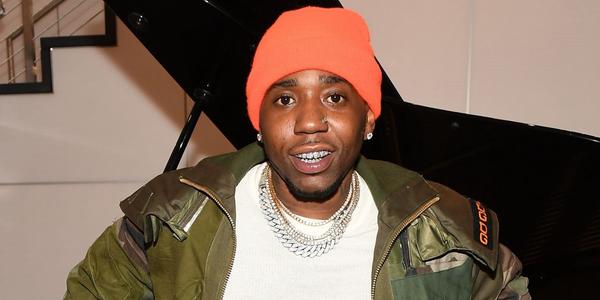 ATLANTA (AP) — Rapper YFN Lucci is among a dozen people charged in a wide-ranging indictment in Atlanta targeting alleged members of the Bloods gang.

The indictment alleges that each of the 12 people charged is associated with sub-groups of the national Bloods gang. It says they had connections & relationships to each other & accuses them of committing a wide variety of crimes to protect & enhance the gang’s reputation & to gain & maintain control of territory.

YFN Lucci, whose given name is Rayshawn Bennett, is charged with racketeering, violating the state’s anti-gang law, felony murder, aggravated assault & possession of a firearm during the commission of a felony.

Atlanta police previously announced murder charges against Bennett in January, saying he was the driver in a December gang-related drive-by shooting that left one man dead. The felony murder charge in last week’s indictment is based on that incident.

“He’s not guilty of any crime that’s referenced in the previous charge & now in this indictment,” Bennett’s lawyer Drew Findling said in a phone interview.

The indictment says one of the Atlanta gang sub-groups of the Bloods, known by the initials YFN, was “centered around” Bennett.

“He’s absolutely not a gang member, & this indictment — neglectfully or purposely — fails to say that Mr. Bennett is a nationally & internationally recognized musical artist,” Findling said.

The indictment also cites social media postings by Bennett & others, as well as song lyrics, alleging they are proof of gang involvement & other criminal activity.

“To sit & analyze somebody’s social media account & to try to somehow find some evidence of a crime is ridiculous when people are just really expressing themselves through social media,” Findling said.