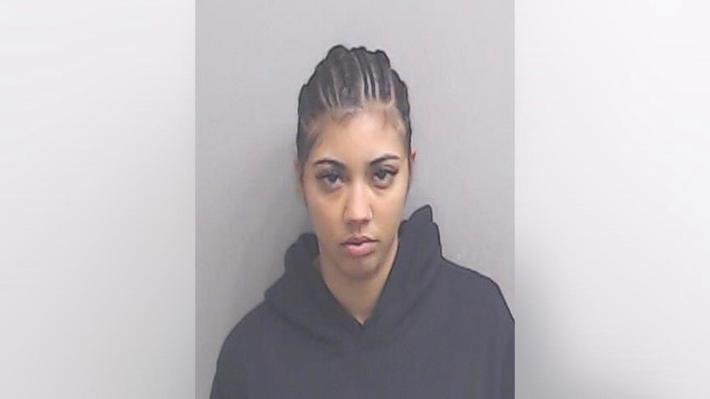 ATLANTA, Ga. (CBS46) -- Police arrested an Atlanta woman wanted for allegedly stealing jewelry out of a man's safe at the Westin Hotel.

The suspect, Shirley Paula Reyes Azambuya was arrested on a criminal warrant Sunday.

On June 26, Officer Spence was dispatched to a larceny call at the Westin Hotel, Room 919.

When he arrived at the room, the occupant Bleus Samuel, told Spence he met a woman that gave the name "Sasha" at Hide Kitchen & Cocktails on Roswell Road.

Samuel said after meeting "Sasha" they left and went to Tattletale Lounge for an hour, then took "Sasha" back to his room at the Westin.

He then secured his jewelry, valued at approximately one million dollars, in the room safe and locked it.

Samuels stated he believes he might have been drugged by "Sasha" after the two had sexual intercourse, saying he has never slept that hard.

When Samuels woke up, he claims "Sasha" was not in bed and the shower was running but it was empty and his safe was open and all the jewelry was gone.

After advising his superior's and Investigator Cunningham, Cunningham recognized the similarities in my case with one of his on going investigations.

Cunningham then presented a photo line up to Samuel, who quickly identified Shirley Acambuya as the woman he met a Hide Kitchen.

That positive I.D. confirmed her relation to Investigator Cunningham's other cases.

Police said Reyes Azambuya turned herself in at the Fulton County Jail. She faces three counts of felony theft by taking and is being held on $160,000 bond.