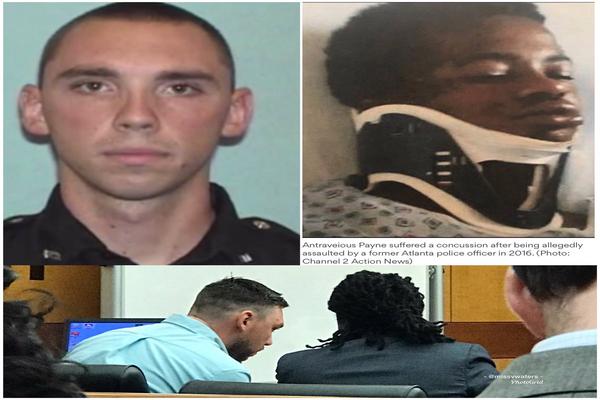 Johns previously pleaded guilty to assaulting an unarmed teen during a traffic stop in 2016. Johns had been with the Atlanta Police Department for nine years when he was seen on dash camera and body camera video kicking then 15-year-old Antraveious Payne on September 16th, 2016.

Prosecutors with the Fulton District Attorney’s Office say that Payne was riding in a stolen car when several officers pulled the driver over. Prosecutors say that Payne surrendered to authorities by lying on his stomach on the pavement with his arms outstretched, showing he did not have a weapon. The teen was hospitalized with bleeding in his mouth, cuts, a neck strain and a concussion.