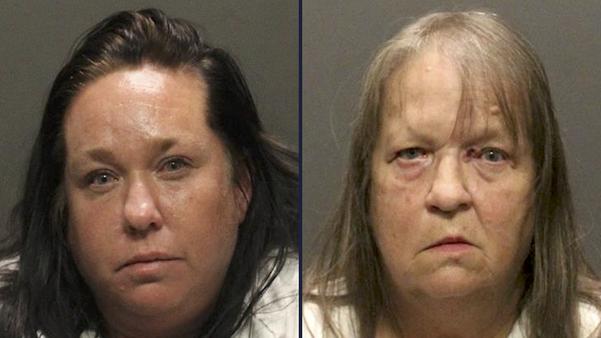 The mother & grandmother of a 9-year-old Arizona girl have been charged with murder after authorities discovered that the child suffered from a severe untreated lice infestation when she died.

Sandra Kraykovich, 38, & Elizabeth Kraykovich, 64, were initially charged with felony child abuse after they were arrested in March in connection with the girl’s death & the condition of her 2 siblings, ages 11 & 13.

An autopsy determined that the 9-year-old died of “anemia from untreated lice infestation with malnutrition as a contributing factor.”

He added that that the girl also had a fluid buildup in her lungs, liver necrosis & an iron deficiency.

Her siblings, who also suffered from severe lice infestations, were placed in the custody of relatives.

On March 22, Tucson firefighters responded to the family’s apartment, where the girl was pronounced dead after first-responders attempted life-saving measures.

“Upon closer inspection it was discovered that there was an enormous amount of lice in her hair,” first responders told police.

One of the older siblings reportedly told investigators that their mother had tried to treat the lice using mouthwash.

Sandra told investigators that she realized that if she had gotten her daughter medical care, she would still be alive – adding that she should have gotten help, but didn’t because of the lice infestation.

Detectives from the Child Physical Abuse Unit charged the 2 women with felony child abuse. They were later also charged with first-degree murder.