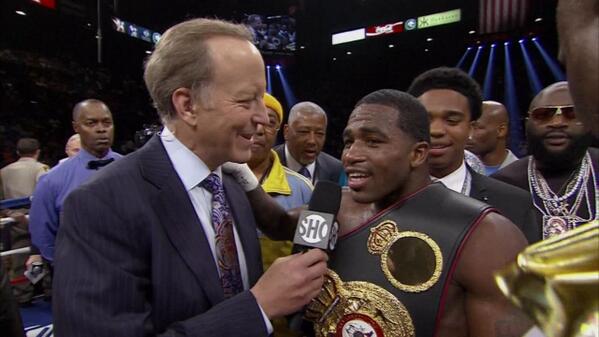 Adrien Broner was back up to his old tricks Saturday night at the MGM Grand. He bounced back from his December loss to Marcos Maidana to defeat Carlos Molina. In doing so he claimed the WBA Super Lightweight belt.

During his post-fight interview with Showtime's Jim Gray, Broner showed no respect for his opponent and little class.

"I've beaten Africans and I just beat the f*ck out of a Mexican," Broner said

Gray told Broner, who was boxing on the undercared of the Floyd Mayweather Jr. vs. Marcos Maidana fight, to show some class. 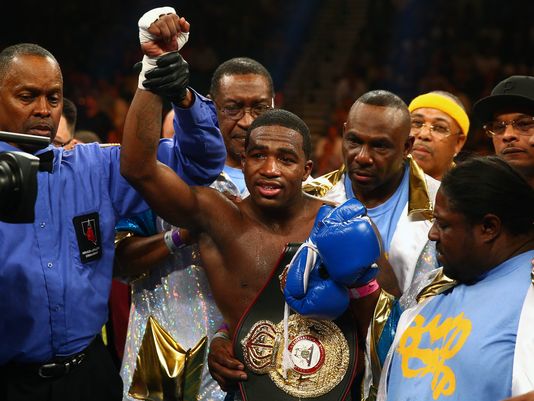 The 24-year old, nicknamed The Problem, later said he would like to challenge Manny Pacquiao. It's a very doable fight. Both fighters are coming off of wins. Although Broner fought Molina at 140 pounds, his previous two fights were at 147 pounds where Pacquiao is at.

Would you be interested in seeing Broner vs. Pac Man?


Charlamagne Tha God gives Broner the "Donkey of the Day."

Donkey of the Day