Adrien Broner Arrested In Kentucky On Outstanding Warrant Out Of Ohio 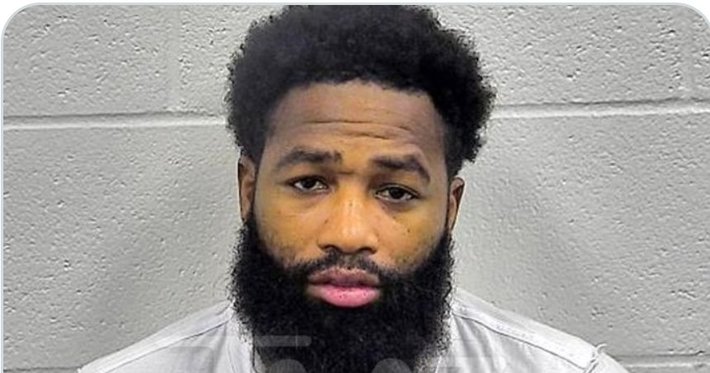 Adrien Broner was sitting in a jail cell early Sunday morning -- 'cause the guy got picked up by cops in one state ... for being wanted in another.

The boxer was arrested & booked around 1 AM, getting hauled into the Kenton County Jail in Kentucky ... where he posed for this mug shot. The charges he got rung up on upon entry ... fugitive from another state, from which a warrant was required.

No word on the circumstances of how cops stumbled upon Broner to begin with, but they did.

It's unclear exactly what case this warrant stems from -- but it does originate in Cuyahoga County (where Cleveland is) & could well be in relation to a lawsuit he lost in that jurisdiction about a year ago, when a woman claimed he'd assaulted her in a nightclub.

That case has been ongoing for quite some time & Broner was even tossed into jail late last year after the judge found him to be in contempt for failing to pay an $800k judgment & comply with the rest of his requirements. At the time, he claimed he was broke.

He's had other run-ins with the law since then -- in Ohio as well, no less -- but the assault suit appears to be his only one in Cleveland. Per online court records, Broner has failed to enter a treatment program ... spurring the warrant.

Doesn't look like Broner is going to be able to bond out either ... there's no amount set for him, which means he'll probably be extradited to the authorities in the neighboring state.