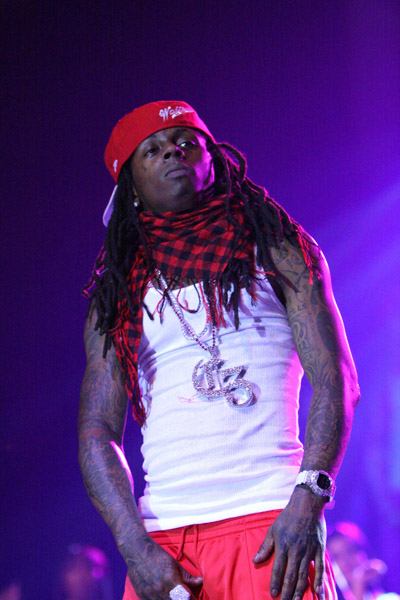 Lil Wayne must be going through an emotional roller coaster as 2009 draws to a close.

Being one of the most successful rappers out right now and head of Young Money Records. Which features two artists in Drake and Nicki Minaj that are as white hot as two rookie emcees could possibly could be are things i'm sure he's quite proud of.

However, the rapper born Dwayne Carter has seen his good fortune stall a bit recently as run-ins with the law have caught up with him.

In February, Wayne will be sentenced to a year in jail for a gun charge in New York. He is also facing drug possession and weapons charges in Arizona. On top of that, his new rock LP 'Rebirth' has leaked months early and the reviews for the record have been lukewarm at best.

None of that mattered last night though (Monday December 28). As the New Orleans native kicked off his 'Farewell For Now' Tour in his hometown. Opening the show with his smash hit "A Milli", Weezy told the crowd "I'm nothing without you"

"I hope Lil Wayne will follow in T.I.'s footsteps," said 32-year-old Jed Wright, who brought his 11-year-old stepson to the show as a Christmas present. "T.I. promised to turn his life around. Lil Wayne can do the same thing."

Here's some footage below from the show that was spotted over at KarenCivil.com