70 Million Americans On Lock Down After California, New York And Illinois Order Residents To Stay Home Amid Coronavirus Fears 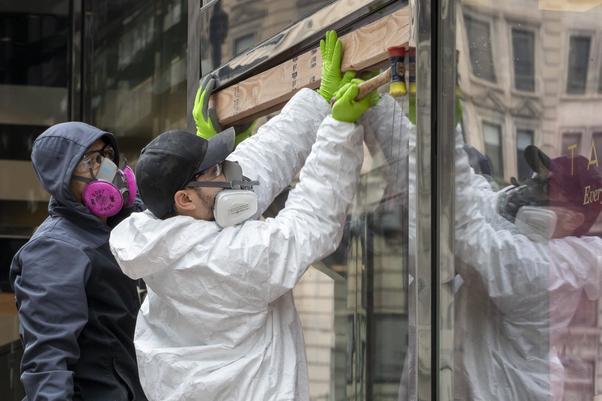 Illinois and New York state joined California on Friday in ordering all residents to stay in their homes unless they have vital reasons to go out, restricting the movement of more than 70 million Americans in the most sweeping measures undertaken yet in the U.S. to contain the coronavirus.

The states’ governors acted in a bid to fend off the kind of onslaught that has caused the health system in southern Europe to buckle. The lockdowns encompass the three biggest cities in America — New York, Los Angeles and Chicago — as well as No. 8 San Diego and No. 14 San Francisco.

“No, this is not life as usual,” New York Gov. Andrew Cuomo said as the death toll in the U.S. topped 200, with at least 35 in his state. “Accept it and realize it and deal with it.”

Cuomo said that starting Sunday, all workers in nonessential businesses must stay home as much as possible, and gatherings of any size will be banned in the state of over 19 million people. California likewise all but confined its 40 million residents on Friday, and Illinois Gov. J.B. Pritzker announced a similar order set to take effect on Saturday for the state’s 12.6 million people. The governor of Connecticut, New York’s neighboring state, said he also was poised to issue a comparable directive.

Exceptions were made for essential jobs and errands, such as buying groceries and medicine, as well as for exercise.

The lockdowns sent another shudder through the markets, where many fear a recession is a near certainty. Stocks tumbled on Wall Street, closing out their worst week since the 2008 financial crisis. The Dow Jones Industrial Average fell more than 900 points, ending the week with a 17% loss.

The increasingly drastic measures in the U.S. came as gasping patients filled the wards of hospitals in Spain and Italy, and the global death toll surpassed 11,000, with the virus gaining footholds in new corners of the world. Over a quarter-million people worldwide have been infected, according to a count kept by Johns Hopkins University, though close to 90,000 of them have recovered.