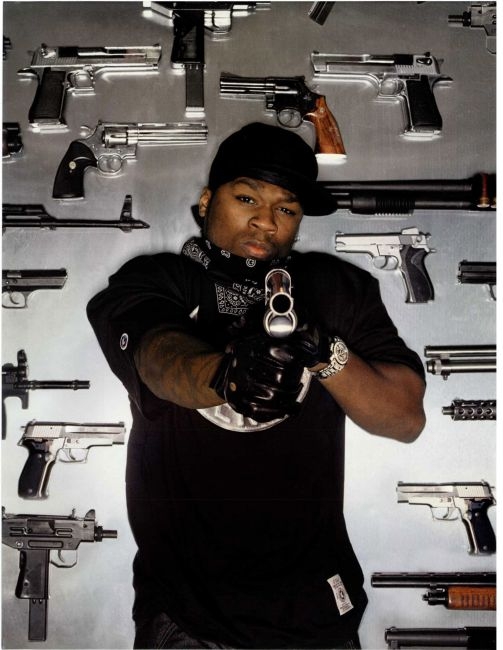 As Curtis “50 Cent” Jackson lets the gas tank leak and adds fuel to the fire with Beanie Sigel and Jay-Z, the rapper also has to fight his own battles as his issues with Rick Ross and Triple Cs are far from being a memory.

Recently Rick Ross spoke on the sales of 50 Cent's latest offering, Before I Self Destruct, which sold close to 160,000 copies in its first week. Hailed by man to be disappointing numbers for an artist with such a caliber as 50, Ross proclaimed that he was able to bury the G-Unit general.

Never willing to let any punch slip through, Jackson revealed news through an interview with DJ Whoo Kid about how Ross tried to take a play from his book when he contacted Tia and tried to find a means to get at 50's baby's mother.

“They actually, indirectly, tried to contact my son's mom. They would have only shown up somewhere for me to have them shot at that point.”

The rapper continued to flex his muscle by stating that the rap game doesn't take away from his past and the fact that he could quickly slip back into the mentality that raised him when he was without a deal and did not have the fame and fortune that he rests on now.

“Then we gonna stop rappin and start doing the sh*t. If they think that ain't real, then they should try it. That's just that. I tell them, constantly, don't expect me not to go where I come from. That's gonna be nice and comfy for me so you gonna have to figure out how to adjust your sh*t. My car is already bulletproof. Everything is already in order for that.”

He also added that with all of the heat coming his way, he finds it interesting how everyone is fully aware of where he rests his head at, but nobody bothers to come knock at the door and come in.

“While we getting ready to go through those circumstances, and I don't live in Connecticut, that's just the house, and that one got motion sensors and cameras all kind of sh*t, so go ahead. Why everybody got my address and ain't nobody stopping by? Get busy then. I done said everything that I can think of.”

Referring to himself as a Hip Hop president, Jackson stated that there are consequences for all actions and that every shot fired will be fired back.

“I'm like Obama. The president gotta kiss hands and shake babies. You can kill the president. It's hard to get away with it. So I use my resources. I ain't even worried about it, it's too late for that.”

As the page turns, the story only gets better between 50 Cent and all of his enemies in the rap world. Hopefully things can remain on wax and the chapters will only be told through a story and not spill out onto the streets.