50 Cent Shuts Down Webster Hall In NYC During Special Performance To Celebrate His 5 Special Covers For XXL! [Concert Footage Inside] 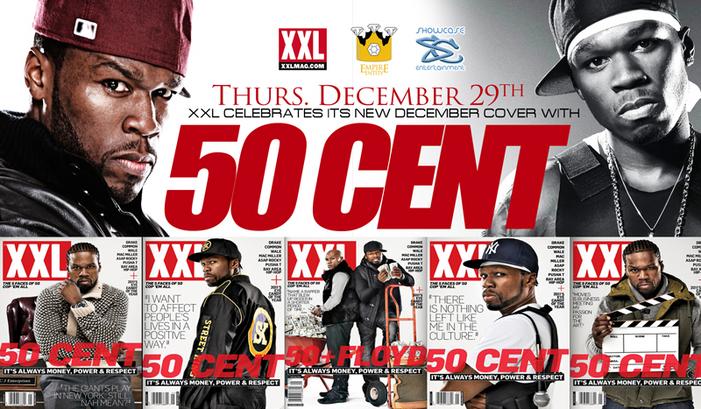 Fans who were lucky enough to get inside New York City's Webster Hall last night (December 29) were treated to a special performance by 50 Cent, as he and XXL celebrated his special 5 cover December issue of the magazine.

With legendary DJ Cool Herc by his side and Hot 97's DJ Mister Cee behind the turntables, Fif rocked the crowd with a bit of the old and the new. The G-Unit boss performed "What Up Gangsta," "Window Shopper," "Poor Lil Rich," "Till I Collapse," "I Get Money," "I Just Wanna," and more.

Peep the footage below.