5 Shot, 2 Dead Including A Mom Of 4 Following Domestic Dispute Between A Couple In D.C. 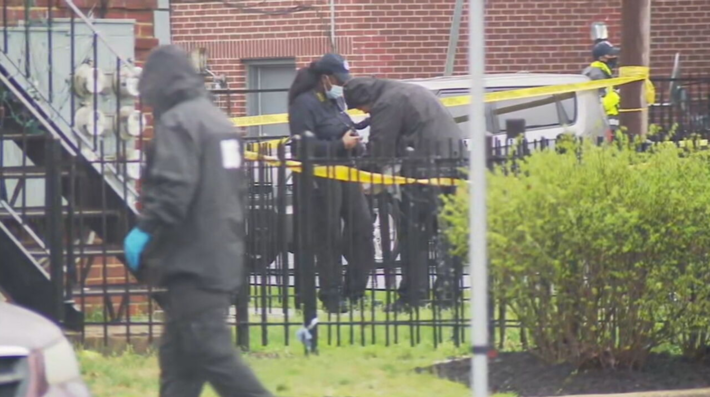 WASHINGTON (ABC7) — A man and woman are dead after five people were shot at Congress and Savannah Streets in Southeast D.C. on Wednesday afternoon.

The victims have since been identified as 25-year-old George Evans III and 28-year-old Keosha Ferguson, both of Southeast.

The call for the shooting came in around 1:20 p.m.

Acting Metropolitan Police Department Chief Robert Contee says four victims were on the scene, and a fifth walked into an area hospital with non-life-threatening injuries.

"There appears to be some type of dispute that occurred," Contee said, calling it "senseless gun violence." All involved appear to be adults, he added.

Mayor Muriel Bowser was also at the scene Wednesday afternoon. When asked why she felt it was important for her to respond, she said "Unfortunately I've been at this location before... another tragedy that happened here some years ago."

ANC Commission Shekita McBroom says one of the victims is her neighbor, a mother of four young children.

"To only know that a mother will not be returning home to her child tonight is very traumatizing," she said.

"It’s getting hot outside and you know what happens in the summertime," said Councilmember Trayon White.

Several city leaders urged the community to lean on anti-violence programs to slow the current trend.

"My heart is troubled, I just think we as a community have to do better," Councilmember White said.

"We have a gun violence problem in the community," Contee said. "Right now is one of the times where I really need community to come forward. Certainly, someone in the community is aware of what happened here."